I am a scholar in Environmental Humanities, with a strong commitment to environmental and climate justice. I develop my research and teaching at the intersection between academia and social movements – particularly those engaged in a Just Transition towards the post-carbon society.

I obtained a PhD in Economic History from the University of Bari (Italy) in 1997 and the title of associate professor in Modern History and in Economic History (by the Italian Ministry of Education, University and Research - MIUR) in 2013-14. I have been a visiting scholar at the Program in Agrarian Studies of Yale University (2005-06), and a 'Ciriacy Wantrup' postdoctoral fellow at UC Berkeley (2006-08); I have also been Guest Researcher at the Pufendorf Institute for Advanced Studies of Lund University in 2015-16.

For the past ten years I have worked as a senior researcher at the Center for Social Studies of the University of Coimbra (CES/UC), where I teach graduate courses in political ecology. I have been vice-president of CES scientific board, co-director of the PhD program 'Democracy in the 21st century' (2012-15), coordinator of the research group on Social Policies, Labor and Inequalities (2010-14).

I have published a number of single-authored peer-reviewed articles in Economic History, Environmental History, Ecological Economics, and Political Ecology as well as two research monographs, an edited collection, an environmental history textbook. My 2010 book Enclosing Water. Nature and Political Economy in a Mediterranean Valley (Cambridge, UK: White Horse Press 2010), was awarded the Turku Book Prize in 2011. My latest work, Forces of Reproduction. Notes for a Counter-hegemonic Antrhopocene, has been published in the Elements in Environmental Humanities series of Cambrdige University Press (2020).

Starting from september 2021, I will hold a “Beatriz Galindo” senior position as Distinguished Researcher at the University of Santiago de Compostela.

I left Italy in 2005 to spend three years in the United States, first as visiting scholar at Yale Univeristy and then as Ciriacy Wantrup postdoctoral scholar at UC Berkeley, to work on a book monograph entitled Enclosing Water. Nature and Political Economy in a Mediterranean valley. The book was published in 2010 and was awarded the Turku book prize.

I came back to Europe in 2009 to work as senior researcher and lecturer at the Center for Social Studies of the University of Coimbra, in Portugal; soon afterwards, I achieved the qualification of associate professor, and I began teaching and supervising PhD research in political ecology - also a relatively new area of studies in Europe. For the past 12 years I have been investigating the environmental agency of labor and community organizations in Italy and internationally, taking into account both waged industrial work and unwaged care work. My latest book, Forces of Reproduction. Notes for a counterhegemonic Anthropocene (Cambridge University Press), released in November 2020, reflects the results of this research pathway. The book claims that the roots of the planetary crisis lay in the deep structural inequalities and injustice that govern human societies from local to global scale, producing a systematic degradation of life systems, and the widespread violation of both human and nonhuman rights. Taking an historical approach, it sees the climate crisis as a result of intersecting patterns of colonialism, heteropatriarchy, exploitation of labor and human supremacy over the web of life – all converging towards a master model of modernity, which devalues and depletes reproduction and care. Feminist political ecologists call this “white/m-Anthropocene”. Consequently, my book calls attention towards the labour of caring for both humans and their biophysical environment, and suggests that this labour is what is keeping the world alive – so it is truly vital to recognize and support it. 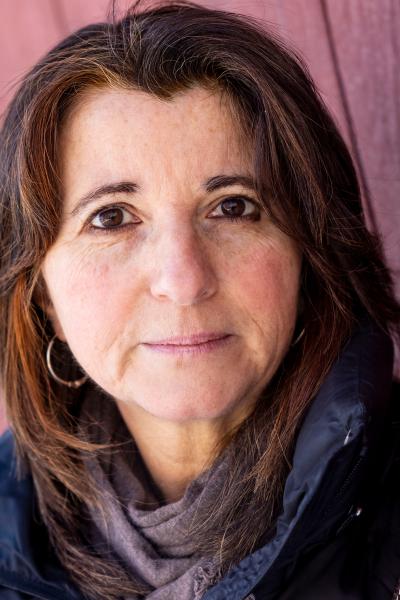