Eva Åkesson is Vice-Chancellor of Uppsala University since 2012 and a professor of chemical physics. After undergraduate and doctoral studies at Umeå University, she did a postdoc at the University of Minnesota, USA followed by an employment at Umeå University. She was selected by the Swedish Research Council as senior researcher in the field of photochemical reaction mechanisms in 1996.

Eva Åkesson has primarily pursued research in femtochemistry – a field that makes use of ultrafast spectroscopy to follow chemical reactions and dynamics on the timescale on which chemical bonds are formed and broken. She has studied isomerisations, dissociation reactions and electron transfers. Her research has also addressed energy conversion in artificial systems for solar cells. A special interest in her research has been the study of various ways in which the surroundings (solvents) can influence and change these reactions and dynamics.

Eva Åkesson has served on numerous boards, including the boards of CSN (the Central Board for Student Aid), Kristianstad University College and the National Committee for Chemistry. 2011–2019 she was a member of the Swedish Institute’s Oversight Board. She has served as titular member, secretary and deputy chair of the IUPAC Committee on Chemistry Education. She chaired the international expert panels for evaluating leadership and governance of education at Helsinki University in 2008 and Aalto School of Science in 2011. Since 2017 she is a member of the Council of the University of Tartu, since 2015 she is on the Scientific Advisory Board of Tübingen University and 2015–2019 on the Rectors’ Advisory Group of the Coimbra Group of Universities. 2015–2017 she was chair of the Matariki Network of Universities (deputy chair 2014–2015) and 2017–2018 she chaired the Southern African–Nordic Centre (SANORD, deputy chair 2014–2016). She was vice-chair of the Guild of European Research-Intensive Universities 2017–2020. Since 2020 she is a member of Helsinki University’s International Advisory Board. 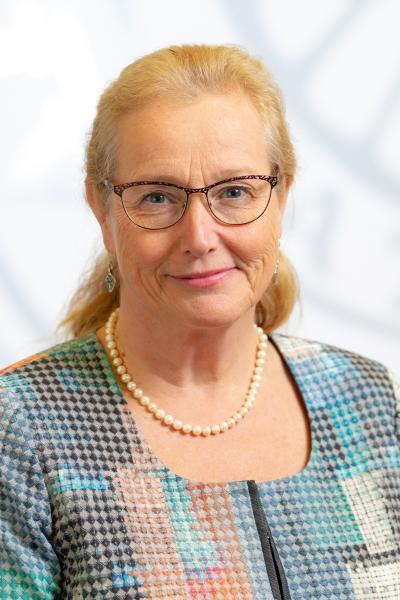