Björn Sundberg (born 1951) is professor of Literature (Comparative and Scandinavian Literature); doctor of philosophy 1981 on a dissertation on the Swedish author Hjalmar Söderberg (1869–1941); employed at the Department of literature in Uppsala 1978, permanent tenure since 1988.

Sundberg has devoted himself to Scandinavian literature and theatre around 1900 (e.g. Ibsen, Strindberg and Söderberg) and to modern Swedish drama (Frostenson, Lugn, Norén and Pleijel), but he has also written articles and essays on ancient Greek and Roman literature, Shakespeare and other Renaissance authors etcetera.

A book on Athenian Tragedy (see abstract below).

Abstract: Athenian Tragedy
The main purpose is to analyze – with the support of theories of performance culture – the art of tragedy in Athens during the fifth century B. C. The intention is to scrutinize the interplay between the dramas and typical phenomenon in Athens at that time, i.e. agon (‘culture of competition’), polis and agora – roughly speaking: ‘the public scene’, ‘the public arena’, reserved for male citizens, where the discussion of social, ethical and political matters and values took place.

The theatre festival, being part of the City Dionysia, was one of these public scenes, and by close-reading of the tragedies we are able to elucidate the values of the polis and the construction of male identity, but we will also be able to shed light on what was excluded from the idea of male self-fulfilment – characteristics, which were connected to women, immigrants and ‘barbarians’, i.e. weakness, inability to control emotions, lack of rationality etcetera. 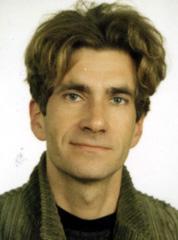