Finalized PhD in business science in 1984 and has since 1990 been acting professor at several universities. Appointed as Full Professor in Marketing at the Department of Business Studies, Uppsala University in 2003. Conducts research in various fields of marketing. Is responsible for several research groups conducting research in fields of international marketing and business, consumer marketing and industrial marketing and the impact of IT. Responsible for the Marketing Section at the Department and initiated cooperation and conducts research with several universities worldwide. Has published several books and a large number of scientific articles in top-rated marketing journals. He sits on the editorial board and committee for several international marketing journals and acts as guest editor for special issues in international business and marketing journals.

Born in Abhar, Iran and completed bachelor degree in economics from Sharif University in Iran. After military service, 1969-1971, worked as deputy and then chief of the financial department of Mazenderan State Road Organization (Ministry of Roads) until 1974. Left Iran in 1974, moved to Sweden and received a further bachelor and master’s degrees in business from Uppsala University. Finalized PhD and received Doctoral degree in 1984.

Some Outside Assignments: Member of Editorial board committee for several international scientific journals like International Business Review, Journal of International Business Environment, Journal of Management Science, Journal of Young Consumers, European Journal of International Management. Examiner of evaluation committees for professorship positions in, for example, Helsinki University Business School, most recently in 2008. External examiner at the University of Western Sydney. Examiner of PhD dissertations in universities such as Manchester University, Helsinki Business School, Vaasa University, Turko University, Stockholm University, Stockholm Business School. Chairman of research in international marketing at Mälardalens University (1998-2002). Supervision of foreign PhD students and research at a number of universities - Porto University, Vaasa University, University of Western Sydney. Supervision of PhD students in several European countries. Scientific opponent of a large number of PhD candidates in several European countries. Appointed to the position of member of the Editorial Advisory Board for several scientific journals and also member of strategy groups like ICSS at the University of Izmir, Turkey. Key-note speaker at several conferences, the latest being ICSS in Izmir, 2009. Has been responsible for organizing conferences and workshops. The latest (2008) IMP conference was arranged together with two other colleagues in Uppsala. 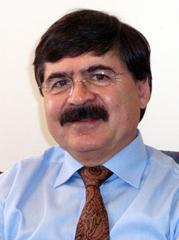