senior lecturer at Department of Social and Economic Geography

Despite a political agenda for an equal forestry sector in which women and men should have equal opportunities, rights and possibilities to be active actors within the sector, gender segregation remains a problem within SLU programmes. The majority of the students are men and few women become professors. In addition, the forest industry’s MeToo call has confirmed discrimination, sexism, harassment and conservative norms. The problems are known, and although we are seeing positive changes, things are going slowly. Therefore, we need to develop new methods for gender equality work.

The following research questions will guide the project:

How is gender equality defined?

How do the definitions affect gender equality work?

The project will reach its goal to develop gender equality methods through three different steps; analysis of policy documents, interviews and focus groups as well as workshops.

Policy documents relating to gender equality in forestry and forestry education will be analysed to highlight how gender equality is defined and justified. Equality efforts can have different effects depending on these aspects, for example, if the importance of gender equality is justified by the fact that we are not taking advantage of women’s skills, or that more women mean that the conservative culture will change and be modernised.

Through interviews and focus groups, we want to gain increased knowledge of how students, teachers, and people with different management positions view the culture and norms that characterise the sector. We also want to study the mechanisms that make it possible for these norms to exist and what is needed for the norms to be renegotiated.

We conduct applied research where we present and discuss our results with those who work with or are affected by gender issues. In three workshops where representatives from the Forest Science programme and Forest Management programme and industry meet, we will discuss our findings and challenge the view of what gender equality within forestry means. The workshops will provide new contacts between SLU courses and programmes and the forestry sector, and develop new methods for gender equality work.

The number of Swedish farmers is rapidly declining and many farms do not have a successor. The farmer is both an entrepreneur and the manager of a social, cultural and economic heritage. This project aims at investigating how young farmers and students in upper secondary school view the role as a farmer, now and in the future. Gender, access to a farmstead and land, size of the farm and location are some important factors. Questions regarding entrepreneurship, sustainability of the business and development possibilities are central.
Other researchers working in the project are: Susanne Stenbacka and Sofie Joosse, Department of Social and Economic Geography Uppsala university.

My dissertation focuses on the Swedish minority in Estonia 1816-1939. It illustrates the importance of linking the survival of an ethnic group with the issue of land ownership. The ethnic composition and settlement patterns of Swedes and Estonians are analysed from a long-term perspective. Particular attention is paid to the impact of the process of land purchase, which took place primarily at the end of the 19th century, and the land reform of 1919. The study is based on both archival sources and interview material. A combination of qualitative and quantitative methods is used to highlight ethnic changes from different angels. This has allowed for ethnic status, as recorded in various written documents, to be related to the population’s own views on ethnic identity.

Generational change and property transfer in farming 1870-2000 (VR 2004-2742)
This project studies forms of and strategies for generational change and transfer of resources in farming in Sweden, Estonia and Hungary from culture-analytic, economic, spatial and gender perspectives, using a longitudinal method and both documentary sources and interviews. Transfer of material resources, foremost land, is examined, as well as transfer of immaterial resources like skills, peasant and entrepreneurial habitus, gender relations and relations between generations. Focus in firstly on the decades around the turn of the 19th century when family farms were established in manor dominated Estonia and Hungary and the tendency for lessened importance for intra-family resource transfer seem to have been halted in Sweden. Secondly focus is on the post-war rationalisation era, when massive structural change in the west and outright collectivisation in the east affected conditions for resource transfers. Finally present problems of how agricultural policy affects possibilities and strategies for generational change and resource transfers is addressed, along with the question of the importance of family heritage and continuity for the re-establishment of private farms in post socialist countries.
My part of the project concerns Estonia and has shown that the ideal is that the farm, in the first instance, should be transferred to a son. It is also important that the successor should be decided on at an early stage. Quite surprisingly, these ideals persisted during the soviet period and still persist today even though family farming is diminishing and many farmhouses are used as second homes. This is explained by the strong emotional attachment to land that exists in Estonia because of historical reasons. The farm becomes a symbol of family tradition and history.

Other researchers in the project were:

Forest and land as resources in Estonia
This project consists of two studies with a common core. The main question deals with changes in landownership and land use in relation the disintegration of the soviet-system and the rapid transformation to market economy. The actual land use, important processes to explain changes in land use and owner ship, and individual land owner’s motives for land use changes are central issues in the project. The aim is to study rural properties in Estonia in a longitudinal perspective with reference to ownership, land use, and the owners economic, social and emotional relation to the property. The point of departure in this study is the property. The first study that I have worked with deals with land use and ownership in the coastal region in the NW of Estonia. The area is, like most coastal regions in the Nordic countries, under exploitation pressure from the demand of land for second homes and tourism investments. I have compared absentee owners from Sweden and Estonia with owners living in the same municipality. Owners that received their property through restitution are more emotionally attached to it and therefore have a reluctance to sell the property even if they have no intentions to use it at present. Many owners hope that the next generation will be interested in the property.
Other researchers in the project were: Göran Hoppe, Department of Social and Economic Geography, Uppsala University, Olof Stjernström, , Department of Social and Economic Geography, Umeå University, Hans Jörgensen, Department of Economic History, Umeå University 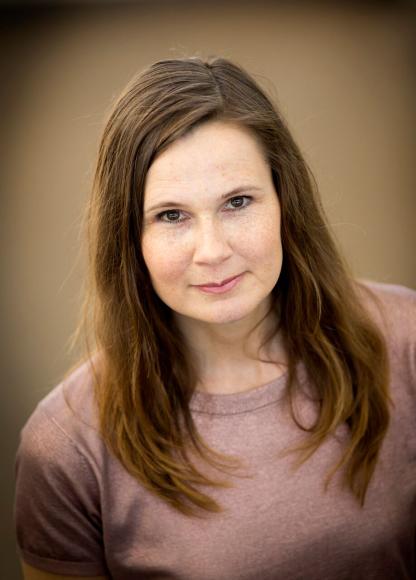