Kerstin Sahlin is Professor of Public Management in the Department of Business Studies at Uppsala University. During 2013 - 218 she was Secretary General of Humanities and Social Sciences at the Swedish Research Council, and during 2006 – 2011 she was Deputy Vice-Chancellor at Uppsala University. She is currently 3rd vice president of the Royal Swedish Academy of Sciences and chair of the research program WASP-HS.

Professor Sahlin has published widely in the fields of organizational reform, public management, project management, corporate social responsibility, as well as on the gobal expansion of management ideas and the development of global standards and regulations.

Her current research interests include the role and governance of universities, public sector reforms, the role of corporations in global society and the public-private divide in societies.

International expert assignments
Member of evaluation team of The International Max Planck Research School, Köln 2011
Member of Institutional Review team of University College Dublin 2011
Member of Research Assessment team of Department of Management, Politics and Philosophy at CBS 2010
Member of expert committee for evaluation of the business education at the university college of Bodö, 1999
Reviewer of research applications in Norway and Finland 2000 – 2009

Social Science: 1995 – 1997 Chair of the group that initially designed the educational programs in humanities and social science, and an interdisciplinary introductory semester to these programs, at Södertörn University College.

Supervisor for 10 doctoral students through to their doctoral degrees (2 as associate supervisor, 8 as main supervisor)
Opponent at app. 25 doctoral defenses 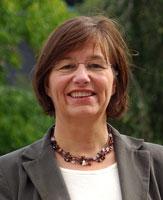