* Study counsellor (studievägledare) at Department of Earth Sciences, Uppsala University. From 2008-2009. The assignments for the position are: study councellor for students in Earth Sciences; teaching Earth Science in generally and Quaternary geology / Physical geography in particular; information work internal to the Department and external to the surrounding society and schools. At present the position is divided into 75% study councellor / teaching / information work and 25% scientific research (personal grant from The Knowledge foundation (KK-stiftelsen).

2) Trainee student in exchange between Institution of Archaeology at Uppsala university and Royal Scientific Academy in Prague, with excavations in Tjechoslovakia, July 1989.

3) Archaeologist at National Heritage Board, local excavating office UV-Uppsala. At excavations for the building of Alsike stad i Alsike, 19910610-1121. Archaeological excavation work and documentation.

4) Archaeologist at Societas Archaeologica Upsaliensis, excatating office In Uppsala. At excavations for the building of Gamla Uppsala museum, 19980501-0630. Archaeological excavation work and documentation.

5) Archaeologist and speicalist/geologist at National Heritage board, local excavating office UV-Uppsala, during excavations on road building project (E18) in Nibble outside Enköping, south central Sweden. Among ordinary work as excavating, I was also working with soil mapping and work with/analyse of sampled soils. 20070801-09-30.

Situated at National museum of Iceland in Reykjavik fr.o.m. 1/11 2000 t.o.m. 1/7 2001. The grant was from STINT (Stiftelsen för internationalisering av högre utbildning och forskning). The work was interdisciplinary, mainly investigating samples from excavations in icelandic Viking Age and Early Medieveal houses at Bessastadir, Keldur, Hofstadir in Garðabær, Reykjavik, Breidavik and Eriksstadir. The samples was processed at Science institute (University of Iceland) in Reykjavik, reference collection was situated at Institute of Natural history in Reykjavik. The Natinal museum was my host and main working place. Contact at the National museum was: Guðmundur Ólafsson.

* Member of evaluation committee for PhD thesis at Umeå University in May 2007, Department of Archaeology, Environmental Archaeology Lab. (MAL). Thesis: Phil Buckland, "The Development and Implementation of Software for Palaeoenvironmental and Palaeoclimatological Research: The Bugs Coleopteran Ecology Package (BugsCEP)".

* Coordinator for Nordic Network (NordForsk), 2005-2007. This involves administration of economy, arranging meetings, symposia and workshops etc. The responsibility for the network was moved to Iceland when it was prolonged in 2008-2009 on my recommendations.

* From spring 2004, member of the Scientific research counsel for pedagogic research at Dalarna University.

* Member of Boards for planning and development of teacher’s education programs.

* From 2005-2006, member of the Board of education- and research in the Teachers education.

* 2004 and onwards engagement in the part of the union working especially for geologists as President of the Geologist Section of Swedish Association of Scientists, I have increased my network with the geological society in Sweden. Secretary 1991-1997 and student member 1989-1990 in the same organisation. More information on this in the document “Other merits”.

§ Distinctions and evaluation of pedagogical work

* By students of the Teachers program at Dalarna university in Falun, shoosen to the years best teacher 2003. The price is called “Gyllene Pekpinnen” and was by that time presented in December 2003. 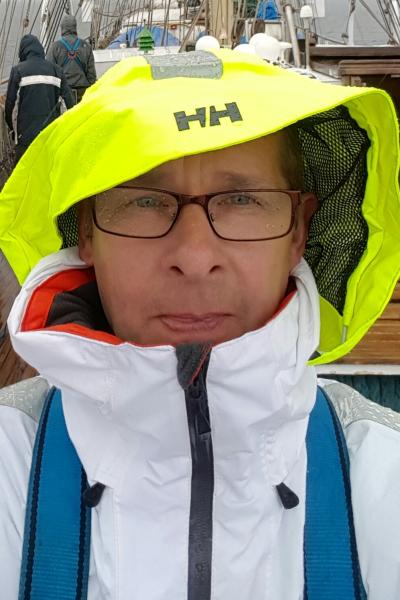