Mats Utas is a cultural/social anthropologist specialised primarily in conflict studies, and secondly urban studies. He is currently working on two projects, one focusing on circular migration and the other on research brokers in conflict studies. Both projects are funded by the Swedish Research Council.

He is Head of the department

Mats Utas has primarily researched the civil wars and the post war societies in Liberia and Sierra Leone. He has conducted fieldworks in Côte d’Ivoire, Liberia, Sierra Leone, Kenya and Dubai. He has spent several years in Liberia and Sierra Leone, for instance living and researching in Monrovia and Ganta in Liberia (1997-1998) and two years in Freetown, Sierra Leone, in the near aftermath of the civil war (2004-2006). Utas has predominantly focused on people on the margins of society, the young and poor men (more often boys) picking up arms, the girlfriends of the fighters, the street dwellers of poor and dysfunctional post war cities, but he has also researched affluent Somali businessmen in Nairobi, Kenya and in Dubai who is making a good living on the war in their home country. He has furthermore done research on former rebel generals in the Liberian civil war and their roles in post war society.

Utas is on the editorial board for Africa, Journal of the International Africa Institute, and African Conflict & Peacebuilding Review. He is also advisor for Zed books Africa series. Several times a year he peer review manuscripts for top journals and publishers and frequently writes endorsements on books. Utas has also been on evaluation committees for both the Swedish and the Norwegian research councils. He has given public lectures on four continents for instance at Yale, Oxford and Tokyo Universities.

Utas teaches undergraduate and graduate courses in anthropology. He also teaches special courses in visual anthropology, anthropology of the senses and public anthropology. Utas is keen to involve students in the planning and also in finding new avenues for teaching and examination. He has for instance examined students’ blog presentations and is encouraging visual and graphic forms of work for academic examination and distinction. Utas is running a popular blog matsutas.wordpress.com and is an avid photographer. He has produced the photographic exhibition “Economy of the Street” and an ethnographic film centring the research he conducted in Sierra Leone. He has also managed a Sierra Leonean hip-hop crew and produced a record with them.

Gang-like: when gangs are not so gangish

This project is a follow up on my previous work on gang-like groups in postwar Sierra Leone. In the aftermath of the Sierra Leonean civil war groups of ex-combatants and other youths gathered in the city. Many hung out on downtown streetcorners. Making do in the city without proper work and often with frail social ties was something close to an art form. Bare survival was hard. Joint forms of informal organization was often pivotal for economic survival and protection. In many ways this organization was gang-like, if not gangish. More than 15 years have passed since the end of the civil war. The young people I followed during two years in Freetown are today middle-aged men. In this follow-up study I extend my discussions over time and relate their previous lives with where they are today.

This research is part of a larger project headed by Dennis Rogers called Gangs, Gangsters, and Ganglands: Towards a Global Comparative Ethnography. The five-year project, which started in January 2019, has received funding from the European Research Council (ERC) under the European Union’s Horizon 2020 research and innovation programme (grant agreement No. 787935).

This research will provide novel and much needed insights into the dynamics that shape the triangular relationships between researchers, research brokers and research data in insecure zones by attending to the experiences of both brokers and researchers. Better knowledge about the role and situation of local research brokers appears particularly urgent at this point of time as many research institutions in Europe and the US are increasingly regulating and restricting the fieldwork access of their staff due to security concerns, in turn potentially leading to more outsourcing to local research assistants. Such developments form part of a general concern over the increasing risks posed to various humanitarian actors, journalists and NGOs in precarious and violent settings.

While local brokers, such as research assistants, interlocutors and a variety of fixers play a crucial role in most research contexts, they tend to be particularly important in violent theatres and in relation to highly sensitive topics (e.g. corruption, human rights abuses in authoritarian states). Not only do they have the in-depth knowledge that enables them to gather data on sensitive topics, they are also crucial in enabling the researcher to navigate safely through “dangerous fields”. From dealing with reluctant state agents to fostering sufficient trust to gain access to isolated groups, from the management of perceptions of the researcher to obtaining updated information on the security situation: local brokers are key resources, gatekeepers, and crisis managers. Yet, the role of certain brokers - such as research assistants - goes much further than merely facilitating research or gathering certain data. They often become the eyes and ears of researchers, thus exercising a large influence on the latters’ grids of intelligibility, shaping not only the way in which they make sense of certain phenomena, but also what they see in the first place. Hence, local assistants could be considered as full-blown ‘co- authors’ of research even when not writing a single word.

This multidisciplinary project is carried out in cooperation with the Department of Government at Uppsala University and Global Studies at Gothenburg University. The project is co-researched with local research brokers and is conducted in several countries in Asia and Africa.


Circular Nomadism: Youth and labor in Sierra Leone and Ghana

This project is partly picking up where many current studies on African youth have left off: at wars end. Where demographic studies simply use abstract statistics to identify youth bulges and give woeful predictions of renewed conflicts driven by armies of disenfranchised youth, this study concretely investigates how young people make a living in one of the poorest countries in the world; Sierra Leone. Youth in Sierra Leone fought ten years of civil war. Socio-economy remains much the same after the war - poor remain poor. But does this mean that history will repeat itself, or will we see change?

At the same time, another image of the young Africa is projected; that of the new African growth, where young entrepreneurship is regarded as the key to the future. This picture is frequently painted when Ghana, the second country of this study, is presented to an international audience. Yet, even there social and economic injustices are ubiquitous, and most importantly, there are not enough jobs around.

Through in-depth studies and long-term engagement in these two countries this project answer questions such as: How are labor structures manifested, and how do they change? How do young people find work and what does this mean for the societies they are part of? In particular, what impact do labor market experiences and the mechanisms for finding employment have on longitudinal, post-colonial structures/relationships of dependence? This project aims to explore youths´ navigation of employment trajectories, and more particularly the role of young labor migration in the functioning of labor markets in Sierra Leone and Ghana. By adding a gender perspective and a special focus on the experiences of young women we will also give space to a social group that has often been ignored in contemporary studies on African youth.

The research project aims to make several critical contributions. First, it will contribute to theories on youth labor and labor migration by developing a theoretical framework suitable for exploring how labor structures manifest and change. Second, it will add important empirical material on youth and labor in Sierra Leone and Ghana, which will broaden our understanding of (African) youth in search for work in post-conflict and postcolonial structures of dependencies with large young populations. Third, methodologically, it will show the usefulness of adding a qualitative and ethnographical perspective to an area that has been dominated by a statistical focus on unemployment. Finally, this project will contribute to current policy debates and help to improve development projects focusing on issues of youth and labor. 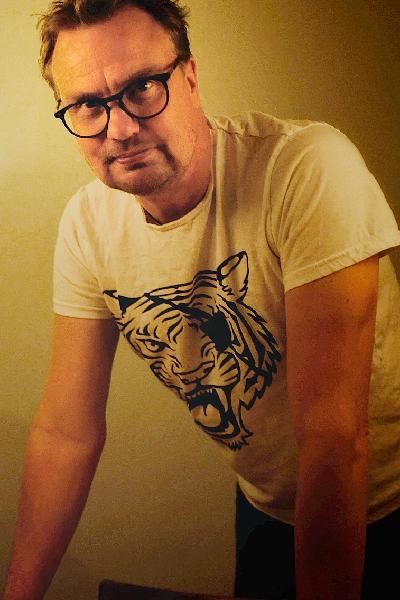