Dr. LLD Marie Linton is Associate Professor at the Faculty of Law, Uppsala University, and President of the Swedish Association of Comparative Law since 2004. The focus of her research interest lies primarily in private international law, including procedural issues, comparative law, and consumer law. She is currently conducting a research project which focuses on transfrontier procedural issues with special regard to the legal status of foreign judgments and other decisions in another state. She has published in Sweden and abroad in journals and edited books on primarily issues on private international law and international civil procedure, as well as matters relating to university education. She has served as an Adjunct Member of the Svea Court of Appeal in Stockholm.

Expert in the EU European Judicial Training Network (2011, 2013 and 2014).
National Reporter in the EU project European Research Network (2004-2007).
Expert and National Rapporteur on EU project Brussels I Regulation A - Remedies (2016-).
Analyst for the Nordic Council of Ministers and the Swedish Consumer Agency (2002).
Contract education within international private and procedural law (VJS and Courts Administration).
Keynote speaker, moderator, or panelist at numerous conferences in Sweden.

Lecturer, chairman or panelist at numerous conferences abroad.
Member of the steering committee for the Nordic Group of Private International Law.
Conference organiser within the EU project DE JURE and the European Research Network. Organiser of expert group meetings.
Organiser (on behalf of SIDA) of a seminar on international legal assistance in Hanoi, Vietnam (1999).
Longer research stays at the University of Saarbruecken, Germany, and at the Istituto Universitario Europeo, Italy.
Lectures in Sweden, Belgium, Lithuania, Germany, Romania, the Netherlands and Portugal.

International private and procedural law as well as its interaction with national and international law, comparative law research, national sentences moveability across the borders. 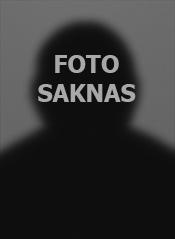