Jarstad leads a project on Relational Peace which seeks to define, characterize and analyze different varieties of peace that evolve after civil war. She has done research on power sharing – when former combatants form joint governments – and the nexus of democratization and peacebuilding in war-torn societies. varietiesofpeace.net

Anna K. Jarstad is Associate professor at the Department of Government, with a focus on International Politics. Her master course Taming Violent Conflict: Peacebuilding, Democratisation, and Development runs from January to March. She is also member of the Academic Senate at Uppsala University.

Jarstad is co-editor of From War to Democracy: Dilemmas of Peacebuilding (Cambridge University Press, 2008) and the special issue “Introducing Hybrid Peace Governance: Impact and Prospects of Liberal Peacebuilding”, Global Governance, 2012, Vol. 18, No. 1. Her research focuses on the nexus of democratization and peacebuilding in war-torn societies, especially in Afghanistan, Bosnia-Herzegovina, Cyprus, Kosovo, Macedonia, and South Africa. She specializes in power sharing as a form of conflict management and has led a quantitative data collection on power sharing (IMPACT) with Desirée Nilsson and Ralph Sundberg and has conducted several case studies.

She is currently working on several projects. The main current project is Introducing democracy from the outside? which seeks to investigate the question: ”When do international and local initiatives of democratization reinforce each other?”. The project includes several case studies on external democracy promotion, as well as local initiatives to improve governance. A PhD student, Anna Ida Norén, began her work within the project in September 2014.

Another current research project deals with the causes and consequences of political violence in South Africa. One output is the article “Towards Electoral Security: Experiences from KwaZulu-Natal” (with Kristine Höglund), 2011. Africa Spectrum. Vol. 33 No.59, pp. 33-35.

A previous project (led by Louise Olsson) focused on “Opportunities and Obstacles: local Ownership of Development and Stability in Northern Afghanistan”. While the donor community has long stressed the importance of local actors for sustainable development, local ownership is now also employed by international peace operations in order to obtain security and democracy. The purpose of this project was to analyze international efforts to promote development and stability through local ownership.

Varieties of Peace: a relational approach

Today’s headlines show that peace in South Africa is very different from peace in Cambodia or Sri Lanka. However, research thus far has not managed to analyze and explain the different varieties of peace that evolve after civil war. We suggest that taking a relational approach to peace seriously is a fruitful avenue for expanding current theoretical frameworks surrounding peace as a concept as well as providing more theoretically grounded empirical work. This project focuses on describing and explaining the varieties of peace from a relational approach in countries such as Cambodia, Myanmar/Burma, South Africa and Sri Lanka. The project is funded by RJ 2020-2022. The project includes the following researchers: project leader Anna Jarstad, Elisabeth Olivius, Nilanjana Premaratna, Johanna Söderström, and Malin Åkebo. 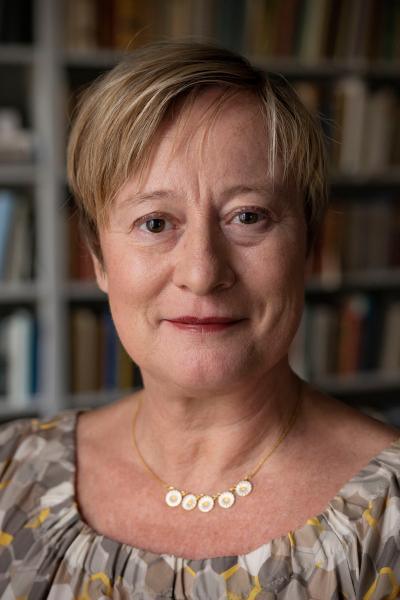