lecturer at Department of Literature

In Memory of Narcissus: Aspects of the Late Modern Subject in the Narcissus Theme 1890–1930 (preliminary dissertation title)

PhD thesis about the adaptations and transformations of the Narcissus Theme in Western European literature and psychoanalysis between 1890 and 1930.

The purpose is to describe the different forms in which the theme appears. The story is varied in many ways and often not even the narrative form is preserved; instead, the theme functions as symbol, concept of structuring principle. Of specific interest in this context is that psychoanalysis during the period introduces its concept of narcissism – indirectly derived from the myth – which has a great impact on general culture. To examine how the psychoanalytic concept relates to literary treatments of the theme is therefore also to through some light on the relation between literary and theoretical discourse.

The thesis also aims at expounding what meaning this period finds in the Narcissus theme, what extra-literary problem it is related to. It will be shown that most of the texts using the theme during this period have a common point of reference in the modern problem of subjectivity. The ways in which this problem is dealt with through the Narcissus theme will therefore be analyzed.

At a first stage the work has focused on texts by Gide, Freud and Hesse. The intention, however, is that the thesis shall include works by, among others, Valéry, Wilde, Gasquet, Hofmannsthal and Rilke. 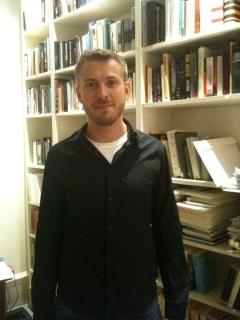