I'm an Associate Professor at the Department of Peace and Conflict Research and the Nordic Africa Institute (NAI). My research focus is on post-civil war democratization; disarmament, demobilization and reintegration of ex-combatants (DDR); informal military networks in post-civil war societies and transitional justice. My geographic expertise is Africa in general, and West Africa in particular. I have conducted extensive field research in Liberia, Sierra Leone and the Republic of Congo.

Democratization has been identified as a crucial mechanism when building peace after war. A by-product of such processes is that ex-warlords often ‘reinvent’ themselves as democrats. Even if it may be necessary to embrace such ‘warlord democrats’ (WDs) to prevent them from returning to war, there are also considerable risks involved. In their quest for votes it is not uncommon that they use their electoral platforms to incite fear and cement wartime cleavages. They can either do this by using inflammatory rhetoric or engaging in confrontational electoral behavior. At worst, such actions can undermine democratic institutions and trigger new outbursts of violence. To improve efforts to build stable and accountable democracy in post-civil war societies, it is therefore crucial to understand when and why WDs seek to (re)securitize wartime identities – held as speech acts and electoral practices that aim to keep war-affected communities polarized and in fear of each other. This project seeks to address this puzzle by comparing WDs in Liberia, Nigeria, Sierra Leone and South Sudan. The project is funded by Swedish Research Council (Development Research Section) and Stiftelsen Marcus och Amalia Wallenbergs Minnesfond and done in collaboration with Henrik Angerbrandt, Johan Brosché, Roxanna Sjöstedt and Mimmi Söderberg Kovacs.

Contrary to popular belief the DDR-process in Liberia has largely failed to destroy the command structures of armed groups, as informal ties continue to thrive between former mid-level commanders (ex-MiLCs) and their old subordinates. The resilience of such networks constitutes a serious challenge to democratization and institution-building. Not only can warlords and politicians employ them to engage in warfare and crime, they can also be used to exploit natural resources and set up vigilante groups. The purpose of the project is therefore to develop strategies for how to prevent ex-MiLCs from using their old networks to engage in illicit activities. To this end, the study will conduct in-depth, semi-structured interviews with ex-MiLCs and fighters in Liberia. The hope is that this will generate new insights into how we can address the threat posed by informal military structures. This projected was funded by The Swedish International Development Cooperation Agency done in collaboration with Mats Utas.

Arrested Development: The Dangerous Mix of Patronage and Justice in Post-Conflict Countries

How to deal with perpetrators of war crimes has been identified as a key component of peacebuilding. There is a growing literature analyzing the correlation between amnesties and civil war duration and investigating claims that war-crime tribunals have a positive long-term impact on security. A central shortcoming in this literature is that it does not take into account what happens to post-war societies at the moment leaders are arrested. In fact, arrests can be likened with systemic shocks that threaten the wellbeing of wartime leaders’ constituencies and can result in renewed violence. The purpose of this project is therefore to investigate why the detention of former wartime leaders generate organized violence in some instances, but not in others. The study employs a mixed-method approach; the findings from a quantitative study of post-armed conflict arrests in the world (1946 to 2015), will be contrasted with insights from a structured, focused comparison between the incarceration of Slobodan Milošević (ex-Yugoslavia) and Charles Taylor (Liberia). The project is funded by Swedish Research Council (Development Research Section) and done in collaboration with Joakim Kreutz.

Enhancing Development and Security on the Ground? Exploring the Effects of Top-Down and Bottom-Up Post-Conflict Justice and Reconciliation Processes

Recent research in the field of transitional justice has increasingly called attention to debates about whether top-down (e.g. criminal tribunals/truth commissions) or bottom up post-conflict justice and reconciliation strategies (e.g. customary/grassroots processes) are more advantageous to pursue in the wake of mass atrocity. While these processes are generally viewed as necessary to deal with past wrongdoings, it remains unclear how participation in top-down vs. bottom-up processes impacts upon perceptions of security and socioeconomic cooperation in the local settings. We will undertake a structured-focused comparison of three post-conflict settings that had varying approaches to transitional justice: Sierra Leone, Bosnia-Herzegovina, and Mozambique. The first two implemented official, top-down strategies, while the latter relied on locally-derived, grassroots processes to overcome their violent pasts. Data will be collected through in-depth interviews and focus group discussions with victims and perpetrators who continue to live in the same communities. The project is funded by Swedish Research Council (Development Section) and done in collaboration with Holly Guthrey and Roland Kostic. 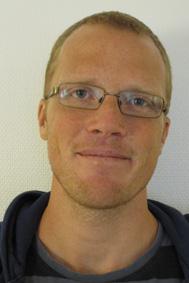