Annie Mattson is a researcher and teacher at the Department of Literature. She is currently working on the research project "The City and the Archive: The Archive of the Stockholm Royal Police Chamber 1776–1791" and she is especially interested in interdisciplinary studies of 18th-century culture. She mainly teaches within the disciplines of comparative literature and rhetoric.

Annie Mattsson wrote her doctoral thesis on manuscript circulated libels against the Swedish king Gustaf III (published in 2010). She is working within the project Knowledge, Power and Materiality. Archives in Sweden 1727–1811, funded by the Swedish Research Council. Among her research interests are eighteenth century studies, rhetoric, manuscript culture, the theory and history of archives, intersectional perspectives and fan fiction.

2012-2015 she was co-director of the interdisciplinary research node “Eighteenth-Century Sweden in an International Perspective”.

She is the president of The Society of Women Researchers in Uppsala and the secretary of the Swedish Society of Eighteenth-Century Studies.

She mainly teaches courses in literature and rhetoric, focusing on the early modern period, and supervising undergraduate students.

The primary research questions will be: What does the archive include; what does it exclude? What were the archive’s intended, actual, and possible uses and functions? The study will be carried out both on a macro-level – by analyzing the organization and structure of the archive – and on a micro-level, through an examination of the form and content of specific documents.

The project is part of the larger project Knowledge, Power and Materiality. Archives in Sweden 1727–1811, funded by the Swedish Research Council.

Annie Mattsson is involved in a collaboration with the center “Eighteenth-Century Worlds” at the University of Liverpool. 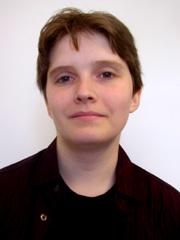