researcher at Department of History of Science and Ideas

My research focuses on the flow of scientific thought and practice between Scandinavia and Britain in the eighteenth and nineteenth centuries.

I am currently conducting the project Collecting Humanity: Prehistory, Race and Instructions for ‘Scientific’ Travel, 1750-1850 (funded by the Swedish Research Council).

In 2021 I will start my Wallenberg Academy Fellowship: Early Citizen Science: How the public used Linnaean instructions to collect the World c.1750-1850.

Assistant Professor and Postdoctoral fellow at Linnaeus University Centre for Concurrences in Colonial and Postcolonial Studies. 2013-2019. During this period I was research leader of two externally-funded projects: Borders of Humanity: Linnaean Natural Historians and the Colonial Legacies of the Enlightenment and The Sami in the Atlantic World which was part of the program Collecting Sápmi: Early Modern Globalization of Sámi Material Culture and Contemporary Sámi Cultural Heritage.

Postdoctoral Researcher in the Project Writing the North (Outreach project between the University of Edinburgh and the Museums and Archives on Shetland and Orkney.

The Simon Fellow at the Institute for Advanced Studies in the Humanities and Social Sciences at the University of Edinburgh, 2012-2013

Researcher in project on patronage in Norway and Scotland, University of Aberdeen & Volda University College, 2011-2012

MSc in English literature and B.A Honours in history, also from the University of Edinburgh.

I am interested in the movement of ideas, people and material objects across different strata of society and across national boundaries. My particular focus is on the flow and entanglement of scientific ideas, objects and practices between Sweden and Britain in national and colonial settings.

Between 2020-2024, I am conducting the research project Collecting Humanity: Prehistory, Race and Instructions for ‘Scientific’ Travel, 1750-1850 (funded by the Swedish Research Council). The project studies the emergence of the concept of 'race' from a Swedish-British history of instructed scientific travel, collection and museum display of peoples deemed prehistoric. I am carrying out this project with Associate Professor Bruce Buchan at Griffith University. You can read more about the project here.

In 2021 I will commence my Wallenberg Academy Fellowship project: Early Citizen Science: How the public used Linnaean instructions to collect the world. The project will analyse how science developed through engagement between universities, museums and the lay public in the eighteenth and nineteenth centuries. You can read about the project here.

I have recently finished the project The Borders of Humanity: Linnaean Natural Historians and the Colonial Legacies of the Enlightenment. It was funded by Riksbankens Jubileumsfond (2016-2019). The project analysed the intellectual amalgamation of Linnaean natural history and the Scottish stadial theory of historical progress and how this intellectual framework was communicated to students of medicine and natural history at the University of Edinburgh in the eighteenth century. It studied how these students, who travelled and worked extensively throughout Britain’s empire in the decades that followed, reflected on human diversity in colonial contexts and how they constructed humanity as a domain with variable boundaries. You can read some of this research in a special issue of The History of the Human Sciences (2019, vol 32 issue 4): https://journals.sagepub.com/toc/hhsa/32/4

You can find other publications and read more about my research at my Academia.edu page: https://uppsala.academia.edu/LindaAnderssonBurnett 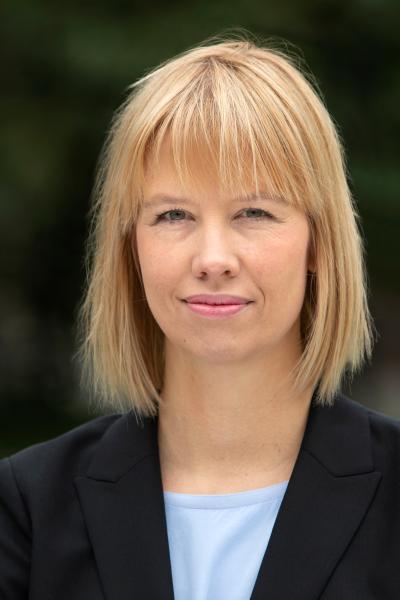