I am a political scientist with training in ethnographic research methods. My doctoral work analysed the intimate lifeworlds of child workers. I am associated with Centre for Social Impact and Philanthropy, Ashoka University, Dalberg Global Development Advisors and magazine Governance Now. My recent research deal with intersections of digital technologies with daily lived experiences. I have authored & edited five books and presented several papers at conferences.

R. Swaminathan received his doctoral degree from India’s Jawaharlal Nehru University (JNU). As part of his doctoral work on child labour and new social movements in Global South, he has worked extensively with street children in South Karnataka. He has 20 years of professional experience across various domains in social sector, academia, think tanks and the corporate world. He advises and consults with select Civil Society Organisations, foundations, media houses and global consulting majors. He has been part of senior management in several companies and foundations, including with Azim Premji Philanthropic Initiatives as their Chief Strategy and Programme Officer. Before that he worked with Reliance Industries Limited as Vice President in Chairman’s Office, where he was instrumental in evolving social business models for the group. He has also worked in senior management positions in UTV-Disney as Vice President & Business Head of their Digital Operations, Daily News and Analysis (DNA) as Senior Editor and National Affairs Editor, Observer Research Foundation (ORF) as Senior Fellow & Head of Mumbai Chapter and rediff.com as their News Editor. He is well versed with ethnographic research methods, having used it extensively for his doctoral work. He is the author and editor of five books, including the forthcoming Notes of a Digital Gypsy: Decoding the Other India, and has presented and published several peer reviewed papers. He also writes extensively on cities and digital technologies in the popular media. Swaminathan divides his time between Visby, Mumbai, Bangalore & Delhi.

My collaborative project focuses on re-imagining urban spaces of the future as societal platforms and social design interfaces. It will do so from five lenses of sustainability, resilience, equity, access and governance. The project aims at providing realistic, practical and solution-oriented thought leadership and knowledge products for a variety of stakeholders ranging from government institutions, global consulting organisations, multilateral agencies and companies to local communities, citizen groups, civil society organisations and, of course, the academic community. The project will employ a pluridisciplinary approach to understand and analyse the flows [global-to-local, local-to-global, glocal-to-local, local-to-glocal, local-to-local] that inform the production of urban spaces [platform thinking] and use design thinking as an overarching framework [synthesis as opposed to pure analysis, divergent thinking as opposed to convergent thinking, focus on "wicked problems", rapid prototyping etc] to reorient existing thought processes and conceptual architecture about cities. In employing this approach, the project hopes to find a fresh ways of 'thinking and doing' about 'future urbanisms'. This project comes out from a clear and felt need of the world, especially India and emerging economies. Reliable estimates have forecast that close to 75 percent of India would be living in cities by 2050. That's a massive shift for a country where currently close to 75 percent are living in rural and semi-urban areas in conditions of extreme marginalisation and vulnerability. It's a similar story for rest of the world, with 70 percent of the world expected to live in some sort of urban enclaves by 2050. The most exciting part for me is that the project is an opportunity to test out my long-held belief that innovative and practical solutions for the future, especially with a focus on people to mitigate their vulnerabilities, require a combination of "learning-by-thinking approach", of academic rigour, intellectual creativity and research mindset and an industry-style "learning-by-doing approach", of rapid prototyping and quick ground testing [fail small & fail fast]. 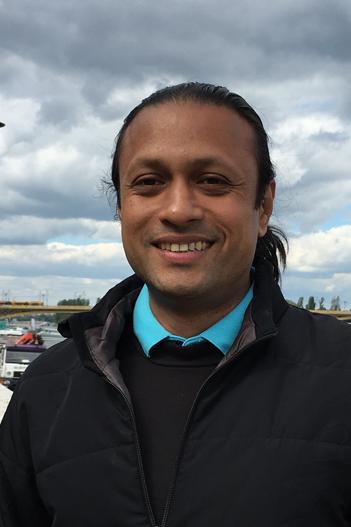