I translate central university documents into English and edit texts written in English. I also give advice on English usage and am responsible for the English style guide, which you can find under Communication on Medarbetarportalen.

From 2000 to 2016, I was a translator at the Swedish Ministry for Foreign Affairs, where from 2013 to 2016 I was head of Language Services. Previously, I was employed as a translator at Statistics Sweden. As a freelancer in the 1990s, I worked for the Riksbank (the Swedish Central Bank), the National Property Board, various universities and research institutes, and clients in the business sector. I have been an authorised translator from Swedish to English since 1998.

Before moving to Sweden in 1992, I was Assistant Professor of German at New York University, and in Sweden I have taught courses in German literature at Mälardalen University.

I have an MA in Modern Languages from Cambridge University and a PhD in German from Princeton University. 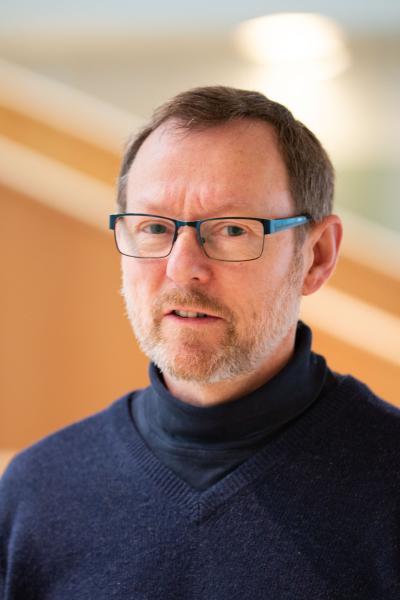