Margareta Tillberg is an international award-winning researcher who has been employed since 2016 as lecturer in art history at Uppsala University.

I teach at all levels: Undergraduate level: Art, design, decorative arts, architecture with focus on Sweden during the 20th century until today, as well as contemporary theory, the concept of art, world’s fairs. Theory and method at advanced level. Before coming to Uppsala I was recruited to build up cultural studies along with design, history of art and architecture in the Design Programme for Sustainable Development at Linnaeus University in Växjö. When Weimar was selected as the European Capital of Culture, I was enlisted to teach at Bauhaus Universität there. I have substituted for one semester as professor of art history at Karlstad University, and have also taught at the University of Arts, Crafts and Design in Stockholm, the Helsinki Academy of Fine Arts, and the Royal College of Fine Arts in Stockholm.

“It is a privilege to teach.”

Margareta Tillberg’s doctoral dissertation, Coloured Universe and the Russian Avant-Garde: Matiushin on Colour Vision in Stalin’s Russia 1932 (Stockholm University, 2003), was the first Swedish dissertation in art history to investigate art in Russia. The book focuses on colour and colour vision in the Russian avant-garde, with its roots in German-language scholarship from the nineteenth century up to the 1920s, when foreign sources came under suspicion and were officially banned.

Mikhail Matiushin (1961-1934) and his small circle of artists, “The Group for Organic Culture” – a part of Russian constructivism – are placed in their own time, in the increasingly harsh cultural climate after the Bolsheviks’ seizure of power in 1917, with increasing ideological monoculture and censorship. “Fools in Christ” was the epithet bestowed on them by the pseudonym “Seryi”, which means “Grey”. The main source of inspiration for the kind of organic art practised by Matiushin and the Ender family was Matiushin’s wife, the poet and artist Elena Guro (1877–1913). The different perspectives in Coloured Universe are colour and colour vision as art and music, with the human being at the centre. The thesis examines colour – and especially Matiushin's The Laws Governing the Variability of Colour Combinations: Colourd Handbook published in Moscow and Leningrad in 1932 – from different perspectives: as measurable science, as immeasurable esoteric spirituality, as well as the official cultural climate in the 1930s with materialism as the norm.

Coloured Universe is a dissertation based on extensive archival studies. For one theme in the book “The Russian Avant-Garde and Colour as Worldview”, Margareta Tillberg won First Prize for Best Student Paper in the Humanities at AIC Color in 2001: The 9th Congress of the International Color Association in Rochester, N.Y. In the wake of the book, the art museum “Matiushin’s House” – Dom Matiushina, a branch of the Russian Museum in Saint Petersburg, was opened. Coloured Universe was published in its entirety in Russian by Novoe Literaturnoe Obozrenie in Moscow in 2008.

Since completing her dissertation Margareta has continued to publish articles on colour research, as well as on design and the Cold War, mainly covering Soviet Russia, the Baltic states, and East Germany. She has also published on state research academies in Russia – what we today would call think tanks.

Margareta Tillberg has had a six-year research period (including a fellowship) at MPIWG – Max Planck Institute for the History of Science = Wissenschaftsgeschichte – in Berlin. In Berlin she was also an active participant in the media researcher Friedrich Kittler’s seminars at Humboldt University, and in Technisches Bild at the Department of Cultural Technology. She was employed as senior researcher at CBEES (Centre for Baltic and East European Studies) at Södertörn University, and at the Department of Culture and Aesthetics – Art History – at Stockholm University. She was also a research assistant in the Department of Technology, Philosophy and History of Science at the Royal Institute of Technology (KTH) in Stockholm. She completed her doctoral education in parallel at Stockholm University and at various institutions in Russia (Moscow University, Moscow Institute of Architecture, Leningrad University, and the Russian Academy of Sciences).

Margareta Tillberg has received grants from the Swedish Research Council, Riksbankens Jubileumsfond, and the Max Planck Institute for the History of Science (MPIWG). She has published a number of essays in exhibition catalogues, collected volumes, journals, and newspapers. She has produced exhibitions at Kulturhuset in Stockholm and is co-founder of Art Laboratory Berlin.

She is also a certified yoga teacher and a practising Zen Buddhist.

Publications and other information (reviews) can be downloaded from the links below.

Review in the British Journal for the History of Science (2009) 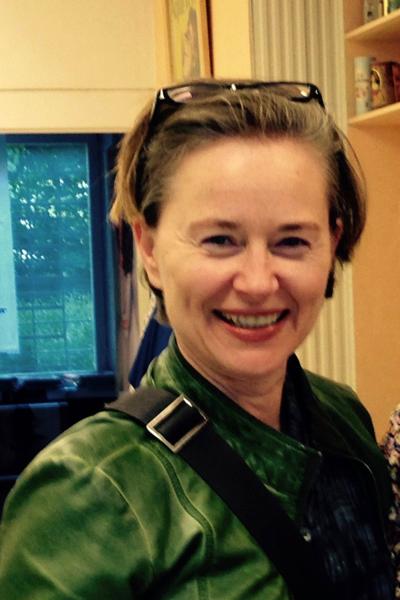