Affiliated Researcher at Department of English, The Swedish Institute for North American Studies

I am Senior Lecturer (Associate Professor) in American Studies at the Swedish Institute for North American Studies (SINAS), a subdivision of the Department of English. I teach classes in American and English literary studies, American film and media, and US politics. In spring 2018 I was research fellow at the Center for Iberian and Latin American Studies (CILAS) at UC San Diego, funded by a Riksbankens Jubileumsfond (RJ) Sabbatical, doing research on art and politics at the US-Mexico border.

I am Senior Lecturer (Associate Professor) in American Studies at the Swedish Institute for North American Studies (SINAS), a subdivision of the Department of English. I have worked at Uppsala University since 2014, with a promotion to docent in 2016. In spring 2016 I was visiting professor at the University of Erfurt (Germany) and in the fall of 2016 I was Matariki visiting research scholar at Dartmouth College (USA). In the spring term of 2018 I was research fellow at the Center for Iberian and Latin American Studies (CILAS) at UC San Diego, funded by a Riksbankens Jubileumsfond (RJ) Sabbatical.

At Uppsala University I teach classes in the American Studies program (SINAS) on American Politics, American Media, and American Literature, as well as classes in English and American Literary Studies and US history (social studies). In literary studies I am particularly specialized in 20th and 21st century ethnic fiction, early American literature, travel writing, and literary theory. I also teach media and film history and theory (Hollywood, documentary, ethnicity and film), theories of culture and Cultural Studies.

Following my initial research interest in postmodern aesthetics in U.S. and Latin American Literature (MA thesis on Don Delillo’s fiction), I focused on Mexican-American literature in my doctoral studies. My first book concentrates on Chicano/a Literature, analysing the emergence of political forms of ethnic identification in literature published between the 1940s and 1990s. In this study I trace Mexican-American writing from Américo Paredes’ autoethnographic explorations of oral traditions in Southern Texas to the literature of the Chicano Movement of the 1960s/70s to questions of intersectionality of race, class, gender and sexuality in feminist and queer Chicano/a writing of the 1980s and 90s.

My second book on the history of Canadian film Kanadischer Film (co-authored, in German) grew out of a post-doc project in Canadian Studies at Humboldt University, supported by the Canadian Embassy. In my chapters I first discuss early Canadian film production (silent film) and its struggles with the dominant Hollywood film industry. The following chapters explore film genres that have been of particular significance for Canadian film history: Documentary, experimental film and animation.

In more recent years my research has been predominantly in Inter-American and hemispheric approaches to American literature and culture as well as Border Studies. This research has resulted in two edited volumes (Hemispheric Encounters: The Early United States in a Transnational Perspective and The Americas in the Nineteenth Century: Inter-American Perspectives on U.S. Literatures) and articles on issues of inter-American relations in literature, film and popular culture (e.g. border science fiction, narco-corridos, and performance art). In the monograph, titled Home and the World: The Trans-National Imagination in Early American Travel Writing (1770-1830) – which I am currently finalizing – I explore boundary constructions and controversies in travel reports of the early national period of the United States. The critical focus is on different forms of boundary controversies that I read in the context of broader discursive negotiations of the relation between the nation and the globe, of the domestic and the foreign, of home and abroad, notions of the Self and the Other. The trans-national imagination of early American travel writing emerges as expression of the complex and contradictory relation between such concepts of collective identification as nationalism, cosmopolitanism, and imperialism.

My most recent research continues my interest in Border Studies with a focus on the US-Mexico border. I am interested in literature, film and art that explore the borderlands as contested space. For this project I have done research at UC San Diego and the University of Texas Rio Grande Valley, including field work along the border in California, Texas, Baja California and Tamaulipas. As an exchange student, hosted by a Mexican-American family in California (many, many years ago), I crossed the border for the first time on a pickup truck, on a sunny Sunday, in the 1980s. I have since been fascinated by the borderlands. My experience of having grown up in Germany with an intensely guarded border fence close to home and the Wall in Berlin, certainly contributes to my interest in comparative border studies – and, after all, in the current border politics in the contemporary US.

I have published in international academic journals, such as Comparative American Studies, Wasafiri, American Studies/Amerikastudien, American Literary Scholarship (Duke University Press), FIAR and Atlantis. I was project manager of the trans-Atlantic research project Cosmopolitan Film Cultures: Narrative, Theory, Production, where I cooperated with University of Alberta (Imre Szeman) and Université de Montréal (Heike Haerting). In 2018 an Erasmus+ application (cooperation with 7 European universities) for a 3 year research collaboration on Hostfilm: Hospitality in Film was successful. The group will develop teaching material and I will contribute comparative perspectives on film, migration and undocumented border crossing. In 2017 I was a founding member of the American Studies research group Minor Mobilities that explores issues of mobility and marginalization. I have been involved in PhD supervision at universities in Sweden, Germany, Spain and Greece. I welcome applications by students who plan to pursue a PhD in American literary and cultural studies. At the Swedish Institute for North American Studies (SINAS) we welcome applications from scholars interested in doing research as visiting fellows. I am very much interested in cooperating in projects in my research fields, and beyond.

2. Academic Positions and Other Employment 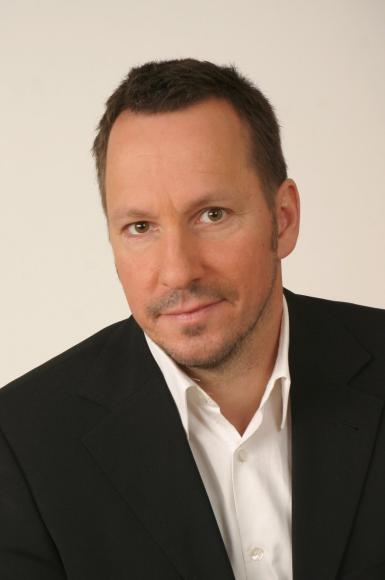