PhD student at Department of Linguistics and Philology

Ph. D. candidate in Greek, researching the subject Arche, kratos and the Greek understanding of power.

This dissertation work focuses on the words arche and kratos. Both words are used by the Greeks as general terms for political rule, a fact which is reflected in derived words that are familiar even in our times, such as monarchia, demokratia, aristokratia etc.

The aim of the project is to find out how these words have become political terms, and what functional differences are at hand between the words. By understanding these words, which become central in the Greek political language, we may learn something about how the Greeks understood political power.

The project covers the earliest Greek (in practice, this amounts to Homeric times, when we have the first textual instances of the words) up until the end of the Classical era. This demarcation is due to the fact that the words are more interesting and dynamic before the political language is “disciplined”, so to speak, and becomes technical, which arguably is the case at the end of the Classical era.

Because of this, Greek political theories are not of primary interest, since theoretical constructions do not necessarily say very much about how the common Greek understood political power. Instead, the thesis builds on a linguistic, functionalist perspective, which puts priority on a more every-day and less theoretical use of language. 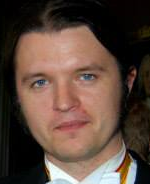