Professor at Department of Ecology and Genetics, Animal Ecology

In my research I focus on 1) the evolution of phenotypic plasticity and local adaptation of population and species in response to environmental changes, and biodiversity in urban environments. I use dragonflies, frogs and fish as my model organisms, and I focus on life history traits and neutral genetic markers. Currently I am running four projects, see biography below.

Species-genetic diversity correlation in a network of of urban ponds

There are two main aims in this project. The first aim is to understand how the correlation between species diversity and genetic diversity in a network of city ponds is affected by environmental variables and community ecology effects. The second is to provide a web-based support system that allows stakeholders to plan, design and evaluate biodiversity in urban city ponds.

In this project we explore the eco-evolutionary processes driving colour visual communication evolution in natural systems. We study the possible coevolution of colour signals and colour vision at the intraspecific and interspecific levels. Damselflies of the genera Calopteryx is our focus species, but we also study interaction in a food web using flies and birds with respect to colour vison.

Potential responses to climate change: from genotype to community level

In this research we are characterizing intraspecific and interspecific genetic variation in life history traits at different temperature scenarios in aquatic insects (damselflies). Given the predicted increase in mean global temperature, such knowledge is important for predictions on species abundance and distribution in the future, because evolutionary responses require genetic variation among individuals. Some of the questions we are answering are: 1) Is there less genetic variation at range margins compared to the center of a species’ distribution? 2) Are northern species more vulnerable to climate change than southern species? 3) How do community interactions affect the predicted life history response obtained from single species laboratory experiments? 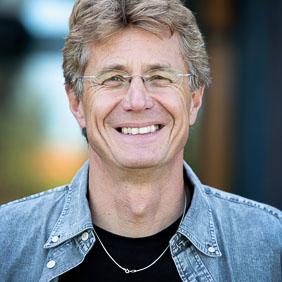