Hej! I am a Belgian legal historian. Since 2018, I work as lektor and docent i rättshistoria (senior lecturer and associate professor in legal history) at the Law Faculty of Uppsala. I am interested in Belgian, Swedish and comparative legal history. My specialty is situated within the history of social law.

I am academically trained as historian (1999), lawyer (2003) and criminologist (2006). Also, between 2003 and 2008, I gained experience in legal practice as an attorney (advocaat) at the Ghent bar. In 2005 I became fulltime assistant in the Ghent Institute for Legal History (Faculty of Law), specializing myself as a legal historian. A year later, in 2006, I commenced my PhD-research on the juridification of workplace accidents in the nineteenth century in Belgium. I successfully completed and defended my thesis in 2010 (= more than one year before the end of my assistantship).

From retrospect, this topic of juridification of workplace accidents proved extremely rich. As a historian, I was interested in both the archival sources as well as the historical and contextual elements. As a lawyer, I had the necessary skills to study and understand the legal aspects, from numerous branches of law, such as (early) social law, civil law (especially contractual and extra-contractual liability law), criminal law, etc. My experience as attorney helped me to acquire a better insight into the ‘law in action’, which proved very useful in my research.

In 2012, I obtained external funding from the Flemish Scientific Council (FWO) for a three year lasting post-doctoral research, this time focussing on the international aspects of my topic. This project aimed to identify the triggers and catalyzers of the juridification process in its different stages and complexities by analyzing the legal developments of workplace accidents in a number of industrializing countries in the second half of the nineteenth century. During this period, workplace accidents evolved from simple facts (‘malheurs’, Acts of God) to ‘legal facts’, i.e. facts which entail legal consequences. These transformations are closely linked to the process of industrialization that produced the ‘modern workplace accident’ as a result of the industrial risk. My project examined four dimensions of juridification of industrial workplace accidents: the administrative (safety regulations and inspections to prevent workplace accidents), judicial (workplace accident trials conducted by victims or their relatives to obtain compensation for the damage suffered), doctrinal (the liability question and the labor contract), and legislative dimension (workplace accident insurance legislation). Through this work I hoped to propose clearer theoretical insights into juridification, a concept which in current legal research is often too vague to be of any practical use for scholars.

I have also been researching the private international organisation on workplace accidents and social insurances (1889-1914). This organisation not only reflects the development of the so-called (early) modern welfare state, but also actively contributed to it. It acted as a forum where the specialist in the matter could meet and exchange ideas, this way forming specific national and international epistemic communities.

Next to my main research topics described above and as my publication list indicates, I made numerous excursions into other domains of the history of social law. This way, I worked on Belgium’s history of labor contracts, labor courts, social law periodicals, the criminal repression of striking workers, etc. I also worked on a number of unrelated topics in other branches of law, such as procedural law (the pro Deo-system, the justices of the peace), family and humanitarian law (the 1979 Marckx decision of the European Court of Human Rights) and constitutional law (the 1581 Act of abjuration and the Belgian influence on the rules of extradition).

My current research is concentrated on the following topics:

< Genesis of the Modern Welfare States

This research is situated in the period before World War I, when the so-called social insurances were spreading in the Western industrialized/industrializing world. I am using the perspective and sources of the international conferences on workplace accidents and social insurances, which were organized between 1889 and 1914, in order to get a better understanding of this fascinating evolution.

International organisations can offer a unique perspective for comparative legal historical research. They not only reflect legal developments, but also often played an active role in the diffusion of legal ideas. Moreover can they be studied as international epistemic communities, i.e. networks of professionals that exercise an authoritative claim to policy-relevant knowledge because of their expertise and competence withing a particular domain. 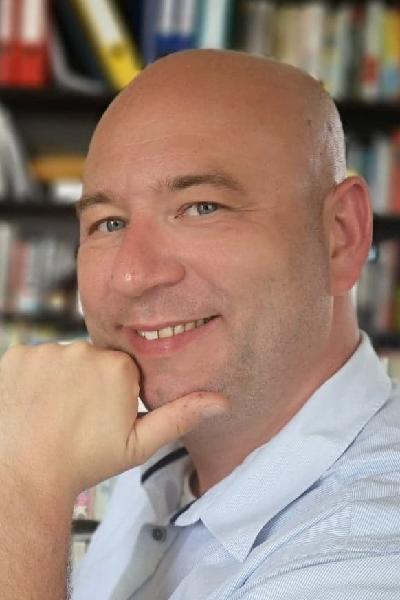