Claudia Merli is Associate Professor of Cultural Anthropology, specialised primarily in Medical Anthropology, and in the critical anthropological study of disasters. She has carried out extensive fieldwork in Southern Thailand among the Malay-Muslims since 2002. She is currently working on an interdisciplinary project on hazard and respiratory health related to volcanic ash, funded by Research for Health in Humanitarian Crises (R2HC), and has conducted fieldwork in Japan.

I am a Cultural Anthropologist specialising in the anthropology of health/medical anthropology and disaster anthropology. My PhD research and dissertation (2008) in Cultural Anthropology at Uppsala University focused on reproductive health and bodily practices of Muslim women in Southern Thailand, and is published by Acta Universitatis Upsaliensis. The book has been reviewed in the Journal of the Royal Anthropological Institute in 2010 and I was invited to present it at the Royal Anthropological Institute's prestigious seminar series 'Reviewer Meets Reviewed' held at the British Museum (October 2011). After holding academic positions at Durham University from 2009 to 2017 (last as Associate Professor), I started my current position as Docent/Associate Professor at Uppsala University in January 2018. I was the main convener and organizer of The Fourth Northern European Conference of Emergency and Disaster Studies www.needs2019.com held in Uppsala in June 2019.

Indicators of esteem 2014—2017 Elected member of ASEASUK Executive Committee / 2015 Country of Origin Information (COI) expert with special knowledge of FGM for Rights In Exile Programme http://www.refugeelegalaidinformation.org/thailand / 2013 Fellow of the Wolfson Research Institute / 2013 Swedish National Agency for Higher Education: Nominated member of the expert panel to evaluate education in ethnology and anthropology / 2012—2017 Member of the Medical Anthropology Committee of The Royal Anthropological Institute, UK / Since 2012 FHEA (Fellow of the Higher Education Academy United Kingdom) and FRAI (Fellow of the The Royal Anthropological Institute, UK) /2018– Fellow of CNDS.

Other interests During my undergraduate studies I pursued my long-term musical passion and obtained a Diploma of Piano from the Conservatoire of Perugia, followed by one year at the Experimental School of Chamber Music at ’S. Cecilia' Conservatoire in Rome. I was active in both chamber music ensembles and as solo pianist until 2002. My drive for music has recently translated into joining the vibrant activity of the Durham Gamelan Society, where I am learning Javanese gamelan music. In 2014 I have attended a Taiko (Japanese drumming) workshop, and I am learning more now.

Research focus At present my main research focus is the Southeast Asian region and Thailand, and I am conducting fieldwork in Southern Thailand on male and female genital cutting, gendered bodily practices related to reproduction, Buddhist and Muslim female spirit mediums, ethno-religious conflict in Southern Thailand, and the aftermath of the 2004 Indian Ocean tsunami. I am also investigating matters of fertility and population growth in Thailand's policies.

In 2016 I have started fieldwork in Japan with a project on local perceptions on health and volcanic ash, in the area of the Sakurajima volcano, as part of the HIVE consortium (Health Interventions in Volcanic Eruptions) http://community.dur.ac.uk/hive.consortium/about.php for which I am responsible for the qualitative research. In 2017 I started research on another disaster context that deserves a long-term analysis, the 1963 Vajont Dam disaster and mega tsunami in Northern Italy; leading an interdisciplinary team we analysed the social, archaeological and forensic legacies of the catastrophe. The research received coverage in Italian newspapers and regional news is showcased in local museums.

During 2020 I have followed closely the unfolding of the corona pandemic in Sweden and Japan. I have taken part to public debate, with interviews for the Uppsala University Research spotlight: The Corona virus, and with Swedish Radio on the visual information material produced by different countries. Following an initial analysis of social media discourse on a pandemic icon used in Japan, visual research methods and historical contextualisation, my article on the yōkai Amabie was published in October 2020 in Anthropology Today.

Theoretically, I explore the intersections between Foucauldian biopower, biopolitics, governmentality, and phenomenological perspectives on the body, putting the body in context. For my other strand of research, I apply critical perspectives in risk research and anthropological study of long-term post-hazard social processes, especially theological discourses, contextual theodicies and related politics. 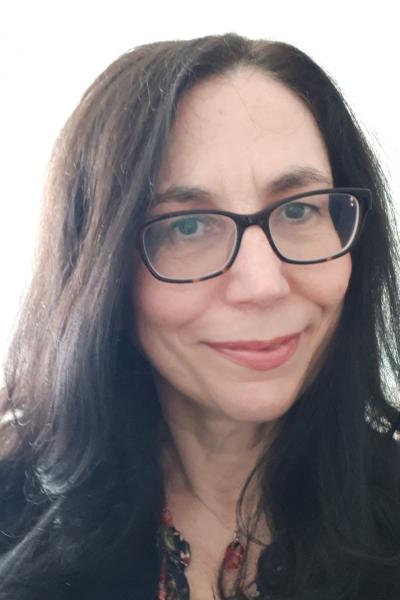