Whole genome sequencing of the Wolverine

Since October 2011 my main focus has been on a research project where we aim to sequence and assemble the whole genome of the wolverine (Gulo gulo). This resource will primarily be used to identify a large number of genome-wide SNPs (single nucleotide polymorphisms) that can be typed in a panel of individuals from the Scandinavian population. One of the aims is to identify genetic variation which is important from a conservation biology perspective. We will also use these newly identified genetic markers in an ongoing monitoring project of the Swedish and Norwegian wolverine population.

I’m also interested in the application of genomics tools, particularly next generation sequencing, to study the genetics behind ecologically important variation in a range of other non-model species.

Genomics and transcriptomics in the Zebra Finch

The main focus of my post doc in Sheffield (UK) was genomic analyses of the Zebra Finch (Taeniopygia guttata). Recently the first draft of the Zebra Finch genome sequence was released. This is the second bird (after chicken) to have its whole genome sequenced. This means that there are now new possibilities to perform comparative genomics in birds. I’m also analysing high throughput sequencing data from Zebra Finch cDNA collected in different tissues to look for tissue specific expression patterns. In particular I’m focusing my studies on gene variation that may have ecological significance such as the genes controlling the immune response.

Immunoecology and genomics in the great snipe

For my PhD I studied the immunoecology of a lekking bird species called the Great Snipe (Gallinago media). This research included topics of MHC variation, geographic genetic structure, mate choice and immunocompetence (thesis). I now also take a broader prespective to use new genomics tools to investigate issues regarding variation in mating success and individual mate choice. 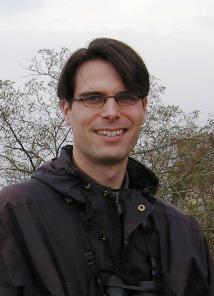