I began by working on contemporary French Caribbean literature and have published extensively on authors such as Patrick Chamoiseau, Maryse Condé, Édouard Glissant, and Dany Laferrière. My book The Poetics of Ethnography in Martinican Narratives: Exploring the Self and the Environment (University of Virginia Press 2013), takes as its point of departure the fact that ethnography is a prevailing yet varying reference in narratives from Martinique from the 1940s up to the turn of the 21st century. It argues that authors such as René Ménil, Aimé and Suzanne Césaire, Édouard Glissant, Patrick Chamoiseau, Ina Césaire, along with professional ethnographers Richard Price and Michèle-Baj Strobel turn to ethnography to explore and express the self. Being traditionally a study about others and the external reality, ethnography has the advantage of connecting the exploration of the self to the surrounding world. Thereby, the ethnographic referent offers possibilities to capture, within the hybrid Caribbean culture, an emergent self while maintaining a strong attachment to the history and culture embedded in Martinique’s environment. But in order to become a means for self-discovery, ethnography is radically distorted and, ultimately, transformed into a poetics.

My current project "Tropical Engagements” is funded by The Swedish Foundation for the Humanities and Social Sciences www.rj.se (P15-0679:1). It examines how foreign languages and voices are incorporated into early modern French travel writing from the Caribbean (1630-1709). The purpose is to reconfigure our understanding of intercultural engagements during the beginning of colonization by exploring the vernacular impact on French conceptualization of knowledge and writing. The material is chosen by the use of contemporary databases and archives along with older travel bibliographies, and consists of print material as well as manuscripts that cover a period from the early French establishments in the Caribbean to the rise of high-colonialism and slave-trade in the first part of the 18th century.

I aim to map lexical and dialogical inclusions of vernaculars and other voices by drawing from textual discourse analysis. This concrete mapping will serve as a base for investigating, through the lens of Bakhtin's theories of polyphony and dialogism along with theories of interculturality, how the relation to and engagement with alterity is constructed through languages and voices that emerge within travel writing. In seeing how vernaculars pierce the French narrative I will problematize how agency is inscribed in the texts despite the travelers’ explicit claims to narrative authority. By seeing the inclusion of the vernacular in terms of competing voices, “Tropical Engagements” offers a different take on the problem of how to account for the presence of other languages in travel writing. Moreover, the specificity of French classical travel writing from afar has yet to be defined. This project will contribute to such definition. This project will undertake a new comparative approach taking into account possible vernacular transfers between the continents as a result of the slave trade. Comparison also allows to consider alterity as an evolving rather than fixed category. As the project offers an investigation of how other voices enters into and productively shapes travel writing, and of how encounters with alterity were represented textually, it speaks directly to our contemporary society of global interconnectedness and growing nationalisms and racisms.

I am also involved in the research program “Cosmopolitan and Vernacular Dynamics in World Literatures” www.worldlit.se The program is also funded by The Swedish Foundation for the Humanities and Social Sciences, and it aims at contributing, critically and decisively, to the current international development of world literature studies. It deals with literature in more than a dozen languages from the regions of Africa, India, China, Europe, the Caribbean, North America and Latin America, and will be undertaken by a group of 26 scholars from six Swedish universities and eleven disciplines (six of them language disciplines). In terms of period, foci range from the late eighteenth century until the contemporary moment. Research questions cluster around translation and circulation, literary history, migration, multilingualism, and “world-making”. In each instance, however, the theoretical point of entry is the conceptual binary of “cosmopolitanism” and “the vernacular”. It is arguably here, by investigating the fundamental inter-dependency of (and generative tensions between) cosmopolitan and vernacular trajectories in literary cultures, that world literature scholarship holds its greatest but still largely unfulfilled promise. It is also in this regard that more traditional literary studies, insofar as they have been shaped by methodological nationalism (Beck 2006), fall short of providing adequate frameworks for identifying the full implications of such a dynamic. The high ambition of this programme is thus to explore, on a global scale, what we choose to call “the cosmopolitan-vernacular exchange”, i. e. the multiple ways in which aesthetic values, genres, forms, ethical commitments, literary communities and individual authorships are shaped in a trade-off between the local and the global, between the national and the international, between dominant and dominated languages, between the North and the South, the East and the West, and the South and the South.

The program will run through 2016-2021. I am part of the steering committee and lead the subgroup "Theorising the Vernacular". For more information see: http://worldlit.se/news1/cosmopolitan-and-vernacular-in-literary-history-and-criticism/?sub=1 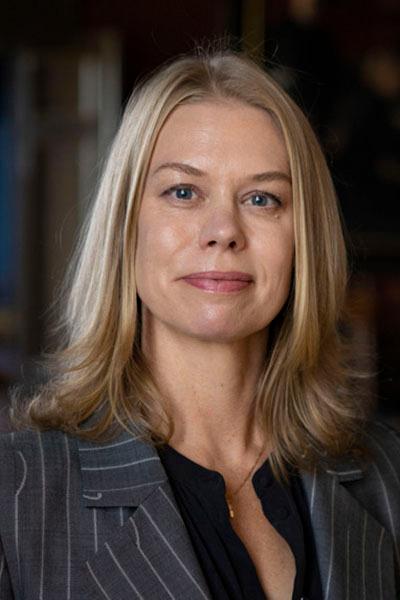