My research has basically covered Agrarian-Historical themes, stretching from the 17th to the late 20th century. Presently I am involved in the Land reform theme within the Flemish CORN (Comparative Rural History of the North Sea Area) network.

At the moment I am primarily working on two related research projects. One is financed by Handelsbanken research foundations and treats the early modern agricultural development of East Central Sweden (the lake Mälar valley) an area curiosly neglected in the vast literature of the "agricultural revolution" in Sweden). The project aims at, using cadastral map descriptions, enclsoure acts and primary statistical material, to provide better ground for estimation of regional (and national) gross agricultural output figures which may contribute to improved national and regional GDP estimations. The project also involveds doctor Marja Erikson and PhD Candidate Maja Lundqist. A conference paper on the topic (focusing enclosures) was presented at the European Social Science History Conference in 2016. An article related to the project (on change of land use system post enclosure) has been published in the Scandinvaian Economic History Review. Several papers from the project were also presented at sessions of the fourth EURHO, International Rural History Conference in Paris 2019 and at the National Swedish and Scandinaviian Eoconomic History meeting in Uppsala October 2019. The first half of a book manuscript was presented at a departmental open Zoom-seminar in the autumn of 2020. The project will run until 2021, although Lundqvist's dissertation due to parental leaves twice, is planned to be published in 2022.

By 2020 I launched another project together with Erikson, which will specifically investigate the role of institutional change (enclosure legislation and enclsoure activity) for the raising of agricultural productivity. Chiefly land prices and land rent are used as proxies for productivity. But enclsoures are also systematically related to demographic development at village level. The project is making use of a massive data base, which is being collected from court records, estate archives and land survey acts. The doctoral candidate Ellen Lindblom also works in the project, which has temporarily engaged two post doctoral researchers, Viktor Persarvet and Hedvig Widmalm. The project is funded by the Swedish Research Counciil and by Jan Wallander's and Tom Hedelius foundation.

I am also engaged in a project "Community, conflict and revolt in rural Galiza in the 20th century” financed by the Spanish academic research council and led by dr Alba Díaz Geada, University of Santiago de Compostela . The project has international comparative aspects and I have focused the evolvment and and dissolving of the compromise in rural, forestry, agricultural and general economic policy, between the Agrarian party/the Center party and the Social Democratic party in Sweden in the 20th century, embarking from the land policy debates around 1900, the political compromise in the 1930s and the formation of new agricultural policy in the 1940s and its political implications up to the 1990s. I am commissioned to write a chapter in a edited book on the topic and will l also function as host for Spanish doctoral students and post docs, who will have extended stays in Uppsala. A paper on the implications of the agricultural crisis (in Sweden) and the compromise of 1933 (which I have dealt with before) was presented in the third EURHO conference in Leuven 2017 and is planned for publication in a comparative book. Similarly a paper on the conflicts emerging in the 1960s around Swedish agricultural policy from the mid 1940s was presented at the Transrural History conference in Santiago de Compostela 2018 and has been published in English in a special issue on land reforms in the Brazilian journal História Unicap.

Furthermore I am also finishing a project, supported by the Research foundations of Svenska Handelsbanken on the use of land for recreational purposes in connection to the increased of consumption of leisure services in the post war period. I have written a theoretical chapter, recently published in a global historical book by a well-known British publisher on this. It relates these questions to a long terms property right perspective, embarking from the notion that various types of claims has always been raised upon land and that the content of the emerging rights tend to be renegotiated when new actors and new land uses emerges. Yet another book is being prepared within this project (long belated because of long stretches of sick leaves in 2014 and later). It discusses a local example of the rise of a rural development paradigm. Papers on this have been presented at different conferences 2008, 2010 and 2013.

Before my doctoral dissertation in 1987, I worked with the early modern Agrarian society in Sweden. I wrote about social differentiation amongst peasant farmers and 19th century enclosures and I published a book on proto-industrialization and peasant tradesmen in Northern Sweden.

In my doctoral dissertation I studied food consumption from the early 17th to the mid 19th century and used quantitative data from institutions for the support of paupers. The dissertation gave new inputs to the debate on pre-industrial living standards and the long Malthusian wave. I could show increasingly stable and improved consumption levels during the 18th century, but also a growing one-sidedness (dependence on grain). Parts of the dissertation were presented on international conferences; it was summarized in English in a book with substantial dissemination in the scientific society. Connecting to my thesis I wrote an article discussing and correcting previous research on the topic and a heavily used overview of old systems of measurement. In several publications I extended the study of food consumption to the mid 20th century. I returned to pre-industrial food consumption in a MIT-publsihed published book chapter in 2006.

After the dissertation I concentrated on agrarian development in the emerging industrial society. In a project supported by the Research council for forestry and agriculture I studied the causes why small family firms dominate farming while concentration tendencies were clear in other sectors. I investigated farm mechanization, market integration, work organization, generational changes, and types of tenure and land transactions, mainly in Sweden, occasionally in Scandinavia as a whole. Applying neo-Chaynovian theory I could show that economies of scale were small up to the mid 20th century, above all in animal husbandry. Family farms did not need to generate market level profit to be reproduced and this made them competitive. Functions previously unified on the farms were split up. Primary production remained of the small units, the farms, while processing was industrialized, mainly in cooperatives. In cooperation between the state and the Agrarian associations a corporative negotiation economy, with farming partially secluded from market fluctuations developed. Principal-agent, and transactions cost reasoning was used for explanation. I handled these questions in a number of publications. Most important was my synthesis, the fourth volume in the five volume series of the history of Swedish agriculture. Later I took part in a cartographic and historical project initiated by the Royal Swedish Academy of Agriculture and Forestry and I contributed substantial parts of the text to the Atlas of Swedish agriculture and forestry in the 20th century which was published in English and Swedish in 2011 in the series The National Atlas of Sweden. Simultaneously, together with Janken Myrdal I edited the abridged one-book version in English of the Agrarian history of Sweden. I contributed a condensed one-chapter version of my own book, an introduction together with Myrdal, and the bulk of the statistical appendix.

In 2005 I returned to early modernity within the frames of COST Action A-35 ’Progressore’, a multi-national program for the study of Europe’s rural history. In 2006 I was engaged in the Flemish-led network CORN (Comparative Rural History of the North Sea Area). I was co-editor of a comparative CORN-book on Social relations, land ownership and power and together with Mats Olsson I wrote the chapter on Scandinavia 1750-2000. In this I wrote the part covering c. 1850-2000, but I also had the editorial responsibility for both chapters on Scandinavia (from late Middle Ages and onwards). I contributed to the introduction and conclusion, finally written by the main editors. For COST I wrote a synthetic book chapter on institutional reforms, land market and agrarian growth in Sweden 1750-1850 and an analytical chapter on early modern institutional development, agricultural systems and ecological constraints to growth. The 2011 arcitle in Histoire et Mesure relates to this and discusses Agrarian and demographic crisis-processes in pre-industrial Sweden.

I also led a multidisciplinary project, supported by the Swedish science council on inheritance and land transfers in Sweden, Estonia and Hungary during the 20th century involving three more senior researchers and resulting in several articles

In 2012 I got involved in a recently finished project (supported by the Swedish science council), led by prof. Maths Isacson. It involves economic and Agrarian historians and biologists from centre for biological diversity at the University of Agrarian sciences and focuses the interface between society and nature in the pre-industrial landscape and the actions of peasant households in particular. It used peasant diaries from two economically and naturally distinct regions, the lake Mälaren valley and the forested mining region in southern Dalarna. Papers from the project have been presented in several European and American conferences 2013-16, at the Swedish Economic History meeting in Umeå, at the Social Science history conference in Baltimore and at a special workshop in Utrecht, all in the fall of 2015. I took part in a joint article published in Agricultural History Review (UK) and I am preparing a book based on 18th and 19th century farms' diaries, as a late outcome of the project.

In 2015-2018 I was involved in a NOSH-supported network on famines in northern Euorope and India. Three International conferences were held, Arranged the final one and a joint article on the topic, with Marja Erikson is being prepared for publication.. 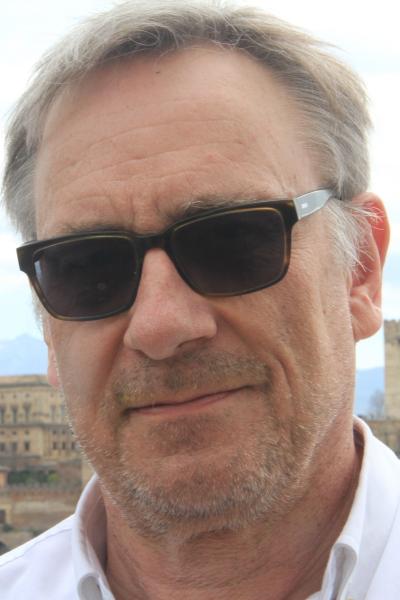