Various positions
Research assistant at the University of Uppsala, Department of Law, spring 1977.
Law clerk at the District Court of Uppsala, Uppsala, 1978-1980.
Junior judge at the Svea Court of Appeal in Stockholm, 1980-1982.
Lecturer in Soviet and East European Law as well as International Arbitration Law at the University of Uppsala, since 1980.
Professor of East European Commercial Law, Uppsala University 9 June 1997- 30 June 2009.
Commissioner at the United Nations Compensation Commission in Geneva, 1998-2003.
Arbitrator at the Appeals Tribunal of the International Commission on Holocaust Era Insurance Claims, 2001-2006.
Arbitrator at the Court of Arbitration for Sport in Lausanne, 2002-2008.
Arbitrator at the ad hoc Division of the Court of Arbitration for Sport during the Torino Olympic Games of 2006.
Professor of International Law, Centre for Energy, Petroleum and Mineral Law and Policy (CEPMLP) at the University of Dundee 2010.
Professor of International Investment and Trade Law at Uppsala University, from 1 May 2012.

Nature of practice
I have been counselling Swedish and foreign corporations and governmental agencies in general commercial and corporate law matters throughout my professional career, with an emphasis on international arbitration.

In addition, I have been deeply involved in the legal aspects of East-West trade for more than thirty years, advising clients from both sides in a variety of transactions including inter alia, joint ventures, industrial cooperation agreements, turn-key contracts for various types of plants, construction and civil engineering contracts, licensing and other transfer of technology agreements, countertrade transactions, privatization transactions, oil and gas projects, different capital markets transactions, trading in Russian securities, loan transactions and mergers and acquisitions.

My investment arbitration experience includes, for example, the following cases, in which I have been involved:

Before the US-Iran Claims Tribunal in the Hague, I have acted for several US oil companies, including Mobil, Exxon, Conoco, Phillips and Sun, in their expropriation claims against Iran. I also represented BP in a related claim against Iran. All the oil companies had long term concession agreements, which were terminated by Iran. All these cases were eventually settled.

I was involved as counsel in the nullification proceedings in two well-known ICSID cases, viz., Klöckner v. Camerun and Amco v. Indonesia and in the subsequent new arbitrations. I acted for Klöckner and Indonesia, respectively.

In the wake of the financial crisis in Russia in 1998, I was involved in two investment arbitrations against the Russian Federation. The disputes were, however, settled at an early stage.

I was the resident managing partner of Mannheimer Swartling’s office in Moscow between 1997 and 2000. 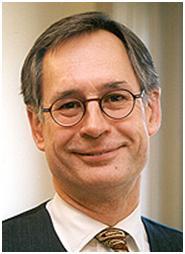