I am Chair Professor of Literature and a writer of poetry and fiction (for the latter, see: www.torstenpettersson.com). My research is often interdisciplinary, comprising world views in literature; literature and secularization; the depiction of violence; the epistemology of fiction and interpretation; and empirical reader studies. Periods studied include the English novel c. 1850–1925; poetry and fiction in Germany, Sweden, Finland, and the U.S. c. 1850–2000; and nineteenth-century opera.

My scholarly work is described and contextualized at length in the document "Academic Biography in Narrative Form and Curriculum Vitae". In brief, I believe that scholarly creativity is best developed and displayed through cross-pollination between different subjects and perspectives rather than through narrow specialization. In that spirit I have studied a wide range of topics frequently interfacing with aesthetics, philosophy, theology, musicology, and, in my recent empirical reader studies, psychology and sociology. In one case the interface was my work as a poet: a 2012 volume in which my translation into Swedish of 144 poems by 18 Finnish poets were complemented by a formal and historical analysis of Finnish poetry from 1860 to 1960. 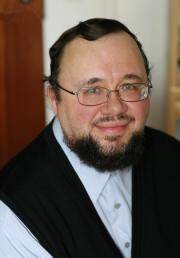