I am interested in the distribution of genetic variation in natural environments. To understand pattern and process, I use empirical data as well as spatial eco-evolutionary modeling. Currently, I am conducting community genetics research in an urban ecological context. Specifically, I am studying landscape connectivity among urban pond metacommunities, and the role of connectivity in shaping the relationship between (epi-)genetic diversity and species diversity.

I was born in Germany in 1980, and moved to Kosovo in 1985, where I graduated from high school in 1999. After the war in Kosovo, I worked for three years as an interpreter for the United Nations Mission in Kosovo. In 2002, I was admitted to Yale University, and moved to the United States to start college. I received a B.A. in Environmental Studies in 2007. As part of this degree, I did fieldwork on the Galapagos Islands in the summer of 2006, and a year later completed my thesis, “Galapagos giant tortoise conservation on the island of Santa Cruz: morphological and genetic distinctiveness of a newly discovered taxon” under the supervision of Dr. Adalgisa Caccone. Upon graduation, I worked as a research assistant in the lab of Dr. Caccone until 2012. I started my Ph.D. journey in 2012, by enrolling in the Natural Resources program at Cornell University. About a year later, in January 2014, I left the program at Cornell University and enrolled in the Biological Science Ph.D program at the University of Mississippi, where, under the mentorship of Dr. Ryan Garrick, I received my Ph.D. in May 2020. About three months later, I started my current postdoctoral position in the Department of Ecology and Genetics at Uppsala University, under the guidance of Prof. Frank Johansson.

I am an evolutionary biologist and population geneticist with extensive experience in molecular techniques and statistical analyses, including next-generation sequencing and bioinformatics. I use a multi-disciplinary approach to answering questions in ecology and evolution, by adapting methods from spatial and multivariate statistics, as well as machine learning. I use both empirical data and spatial eco-evolutionary modeling to understand the distribution of genetic variation in natural environments. The modeling component involves new ways to assess the role spatial heterogeneity of environments plays in generating genetic variation and biological diversity at multiple levels of organization, from alleles to communities. Timescales of evolution is a unifying theme of my research. At the historical timescale, I have examined geographic and environmental influences on changes in DNA sequence. At the contemporary timescale, I have investigated how epigenetic mechanisms–specifically, DNA methylation–facilitate rapid responses to human-mediated disturbance, both in forest and urban environments. 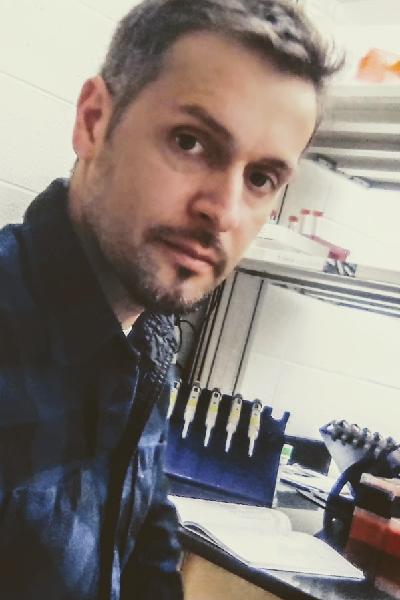