Philosophical practitioner, trained in applied continental philosophy, the history of ideas, and psychoanalysis, I came to academia after a career as an independent author and publisher in Paris. My PhD (University of Edinburgh) is a modern genealogy of the concept of esprit de corps (France, UK, USA) and was the groundwork for my book Ensemblance. In my research strategies, I tend to combine historical, empirical and speculative approaches, such as in my essay Being and Neonness (MIT Press).

Luis de Miranda is since January 2021 working at the Center for Medical Humanities at Uppsala University.

A PhD from the University of Edinburgh in 2017, he is a philosopher, historian of ideas, philosophical counselor and an international author of non-fiction and fiction. His books, for example an introduction to Artificial Intelligence and Robotics or the novel Who Killed the Poet?, have been translated into several languages. Being and Neonness was published by MIT Press in 2019, and Ensemblance by Edinburgh University Press in 2020.

Luis de Miranda authored his first books in French, for example a philosophical history of computers (L’Art d’être libres au temps des automates), or a psychosocial analysis of capitalism, Peut-on jouir du capitalisme? Lacan avec Heidegger et Marx. Shortly after Is a New Life Possible? Deleuze and the Lines was published in English in 2013, he was offered a generous research scholarship by the University of Edinburgh to eventually become a Doctor of Philosophy, with a conceptual historical focus on esprit de corps (Ensemblance). There Luis de Miranda also initiated interdisciplinary research in STS and AI-Humanities, anthrobotics and the philosophy of technology, within the CRAG group, an interdisciplinary hub founded in 2015. He a Master (1 and 2) in Philosophy from the Sorbonne University. He also graduated from the School of Economics HEC-Paris. In Paris, while an independent author of novels and essays, Luis de Miranda was the co-founder and editorial director of Max Milo Books (Paris) between 2004 and 2012, an independent publishing house.

Even before his proposal of the cosmological concept of Creal in 2008, Luis had been interested in process-oriented philosophies and in the intellectual and cultural history of the idea of creation. Between 2009 and 2012, still in Paris, he supervised the CRÉEL (Centre de Recherche pour l’Émergence d’une Existence Libre), through which he organised philosophical events, happenings and related book publications.

Philosophical Health and Philosophy as a Practice of Care

Historians of ideas such as Hadot, Foucault or Nussbaum, have explained how the Ancient Greeks and Romans were concerned with the effects of philosophy upon the subject’s well-being and good life. “A healthy mind in a healthy body” meant that Plutarch for example considered that philosophy and medicine were a single domain. After a long Christan period during which philosophy became mostly theoretical and normative, a concern for the ideal of applied philosophical health is slowly re-emerging since the writings of Nietzsche and Wittgenstein. This movement is empiricized in the last decades within the practice of philosophical counseling, the contemporary German rebirth of which can be traced back to Ludwig Binswanger or Karl Jaspers and their philosophical approach to therapy. This now transnational movement is part of a contemporary rediscovery or recreation of philosophy as a form of intersubjective care, sometimes called “therapy for the sane”.

Recently, “good health and well-being” were coalesced by the United Nations into one sustainable development goal for 2030. Health is today one of the main public concerns. In the last century, physical health and psychological health have been systematised into a societal imperative, an industry and in some cases a normative mode of control. In occidental societies, what was a luxury for the few in the beginning of the twentieth century (gymnastics, dietetics, psychotherapy, etc.) became by the end of the same century a necessity or imperative for many, sometimes an obsession. States are financing and administrating programs of psychological and physical health, in the line of what Foucault called biopolitics, more often than not favouring a modality of therapy grounded on a mechanical, reductionist or dualistic view of the mind and body. The contemporary practice of philosophical counselling, in comparison, in sporadic, disorganised, and non-institutional.

The notion of philosophical health possesses a long genealogy. In The Hermeneutics of the Subject, a seminar Michel Foucault gave at the College de France in 1981-82, its prehistory is located in the Platonic and Socratic notion of epimeleia heautou, the care for the self or soul. For Plato and Aristotle, philosophical self-care was a necessary condition in order to become not only a magnanimous person, but also a good citizen or governing actor of the city; the First Alcibiades indicates that there was a correlation between the collective idea of justice and the individual idea of rational self-care. Moreover, such self-care was ultimately not private or domestic: it was a reconnection with the collective and the divine within ourselves, an idea epitomized by Socrates’ daimonion. The Ancient Greek notion of philosophical health articulated personal growth with a shared cosmology, cosmo-political. Today’s obsession with physical and psychological health is attuned with what Hannah Ardent call the domestication of the human condition. Philosophical health therefore is partly a political endeavour: it de-diagnoses and de-reifies the identities, and its paradigm is not one of normative adaptation to the world, but rather one of regeneration of our co-created living spaces, at a distance from social and professional fragmentation.

In recurring to a philosophical counselor or autonomous philosophical thinking, human beings seem to be looking for meaningful and more sustainable forms of care, attuned with philosophies double concern for totality (the holistic view) and for singularity (the person's uniqueness). My research is both theoretical and empirical. I am performing dialogic interventions as philosophical practitioner in medical or psychotherapeutic contexts, as well as in corporations that are sensitive to the ideal of philosophical health and repossibilization within a regenerative paradigm, such as Vattenfall. Simultaneously, I am developing both an open research network called Philosophical Health International and a personal approach to philosophical health I call crealectics, based on process philosophy and embodied creation. 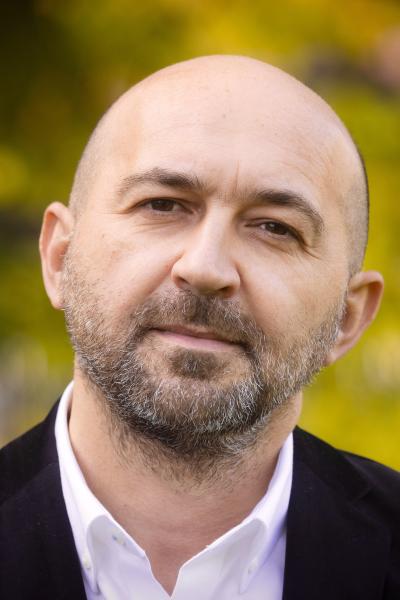