Emir Mahieddin is a Franco-Algerian anthropologist, CNRS researcher at the CéSor, Ecole des Hautes Etudes en Sciences Sociales (EHESS) in Paris, France. He is a specialist in Evangelical, Pentecostal and Charismatic Christianity in Sweden, with a focus on the issue of migration. He is currently research partner at the CRS within the project "Pentecostal Migrants in Secular Sweden: Influences and Challenges" (2019-2022).

Emir Mahieddin is an anthropologist specialized in the study of Pentecostalism in Sweden, on which he has been working continuously since 2009. He is a researcher at the CNRS and member of the CéSor, at the Ecole des Hautes Etudes en Sciences Sociales (EHESS) in Paris, France. He joined the CRS as a postdoctoral researcher in April 2017. He now cooperates with the Centre within the frame of the project Pentecostal Migrants in Secular Sweden : Influences and Challenges, for which he was granted fundings by the Swedish Science Council in november 2018.

His doctoral work (Aix-Marseille Uni., nov. 2015) dealt with the moral transformations of Pentecostalism in Sweden. His book published in december 2018 in France, Faire le travail de Dieu. Une anthropologie morale du pentecôtisme en Suède (Paris, Karthala) is an outline of a moral anthropology of the power of God in Christianity, Swedish Pentecostalism being taken as a case study - the so called "migrant churches" were not taken into account in this work. Drawing on postcolonial works, he questioned the notion of the "secular" as used in Sweden through an ethnography of ethical practices. In 2017-2018, he conducted the project Doing God’s Work in the Kingdom of the Secular. Ethics and Charismata in Pentecostal Migrant Churches (Sweden), within the programme the Impact of Religion.This postdoctoral work, of which the current project Pentecostal Migrants in Secular Sweden is a prolongation, dealt with the meaning of religious experiences in situations of migration. Emir Mahieddin conducted fieldwork within Latin American and Arabic-speaking Evangelical and Pentecostal churches in Stockholm until January 2020. He is now back to France, working on the ethnographic data.

Emir Mahieddin has a variety of research interests, ranging from the use of daily metaphors, to nationhood, freedom, religious music and entrepreneurship. He is also interested in ethics and the construction of moral subjectivities through religious discourse. He is especially interested in the condition of moral minorities in contemporary Europe. He has wider interests for the history of anthropology and anthropological theory, on which he published several papers. He translated to French two founding texts on post-modern ethnography, extracted from the classic "Writing Culture" edited by James Clifford and George Marcus in 1986. 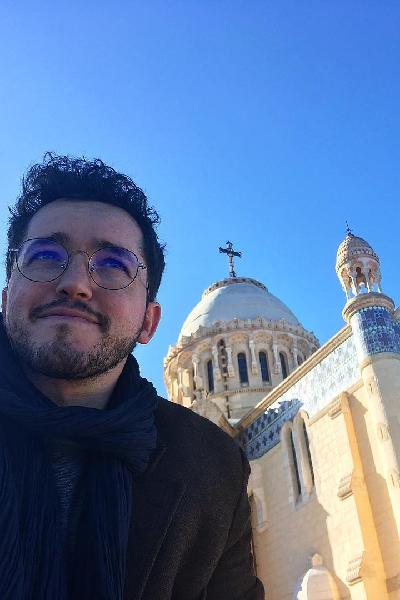