Drop me a line if you are interested in a thesis work (Master/PhD) or a research project (Postdoc).

A respectable senior colleague once told me that a person doing computational electrochemistry needs to know four things (five to include Machine Learning): Electronic structure theory, statistical mechanics, classical electrodynamics and chemical thermodynamics. This puts the density functional theory based molecular dynamics (DFTMD) as the method of choice. To myself, DFTMD is not just a method but a spirit (or a bridge) which connects the "hard" world (solid state/surface science community) and "soft" world (soft matter/liquid state theory community).

According to the classical Debye theory, switching the electric boundary condition from constant potential (E) to constant charge (D) leads to a speed-up of the relaxation time of the macroscopic polarization by a factor comparable to the dielectric constant of the medium. This would be two orders of magnitude difference for aqueous solutions and makes dielectric properties of charged solid-electrolyte interfaces accessible to DFTMD (in theory).

We showed that the simulation of finite temperature polarization fluctuations and dielectric constant in polar liquids are now doable in DFTMD [2,3]. The advantage of constant D simulations is not only to speed up simulations but also to eliminate the finite size effect for modelling the electric double layer due to the periodic boundary condition [4]. Now the Helmholtz capacitance of charged solid-liquid interface can be calculated from the supercell polarization [5, 6]. This methodology was further extended to treat the charge compensation between polar surfaces and the electrolyte solution [7, 8]. Its DFTMD implementation is available in one of our community codes CP2K (www.cp2k.org).

The dead-layer at water interfaces

A recent spin-off of constant D simulations is to study dielectric properties under confinement. We showed that the low dielectric constant of nanoconfined water found in molecular dynamics simulations can be largely explained by the so-called dielectric dead-layer effect using a simple capacitor model [9]. Later, this proposed dead-layer effect at water interfaces is confirmed by experiments [10]. 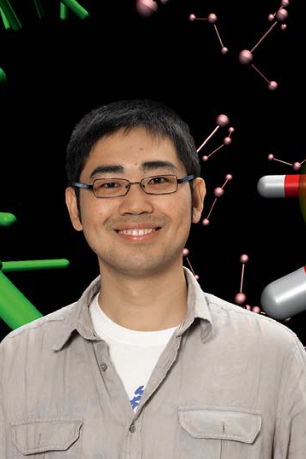