In my research I explore the relationship between agriculture, the state and society. I am specifically interested in underlying rationales of agricultural policy and defence policy when it comes to what importance is given to agricultural production and agricultural systems over time and under shifting circumstances. I use policy ethnography to understand how policy is negotiated and acted upon by various actors ranging from policymakers to farmers and farmers unions.

- Changing Animal Bodies: Breeding Responses to Environmental, Economic and Social Pressures, led by Jacob Bull. Within the project, I am working with a case study on "Rhethorics and aestethics in traditional cattle breed standards". Funded by Formas, carried out between 2015-2018.

- The prospects for Swedish farming: agrarian change and household strategies, led by Flora Hajdu, the Swedish University of Agricultural Sciences, SLU. Within the project I am responsible for a research theme on how gender is negotated at farms. Funded by Formas, carried out between 2016-2019.

- Can we produce food during crises? Vulnerabilites and resilience at farm level in Swedish agriculture. Funded by MSB, the Swedish Civil Contingencies Agency. Carried out between August 2015 - April 2018, within employment at the Swedish University of Agricultural Sciences, SLU.

After my PhD (2013) I worked in a 2-year project (Aug 2013- Aug 2015) funded by the Future Agriculture plaform at SLU on a project titled "The transformation of Swedish farming 1990-2040". The project was empirically based in Uppsala County, Sweden and combined a qualitative interview study with a quantitative GIS-analyis of land use change.

I defended my doctoral thesis, entitled “The Summer Farm as a Political Space: Being a Summer Farmer in the Common Agricultural Policy”, in May 2013 at SLU. The thesis focuses on how nature and cultural heritage polices are woven into the CAP, and negotiated locally as it is targeting small-scale traditional agriculture. Although written in Swedish, my thesis contains a 10 page popular science summary in English, which can be downloaded through SLU:s database for publications, Epsilon .

I currently work full time with research but also do some supervision of students who write theses close to my research interests. Within the agronomy program I have been responsible for a course titled "Globalisation" (2009-2010) and "Introduction to rural development" (2013-2014). I have previously worked as an instructor in Geography at the Department of Physical Geography at Stockholm University (2007-2008), where I taught various courses at the Geography Program as well as courses on post-Soviet agricultural change in Central Asia. 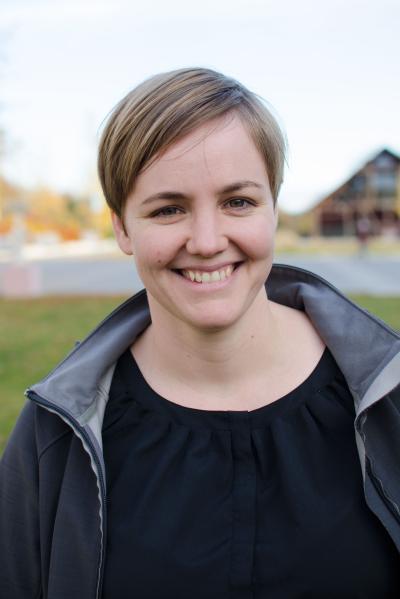